Did Your Ancestor Fall Out of the Sky? 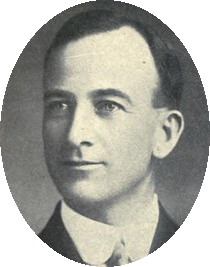 Ever feel like your dead-end ancestor must have fallen out of the sky? That’s how Bill Brazel feels about his grandfather, Joseph Kittinger Brazel. There’s even a family legend that he had.

“Joseph just kind of appeared out of nowhere,” says Bill of Las Cruces, New Mexico. Joseph showed up living about 80 miles north of Carlsbad, New Mexico when he started keeping a journal.

“Grandpa Joe’s journal is a real gem,” Bill says. “He meticulously kept track of the weather and the movement of the stars and planets. He was curious about everything and made beautiful drawings of plants and animals.”

“Unfortunately, I’ve found no record of him prior to that time,” says Bill.

Joseph appears in all the normal places, marrying, having children, and buying and selling land. He even appears in some recently declassified military documents. During World War II he worked as a civilian contractor at the White Sands military base. He was present at the testing of the first atomic bomb and was censured for watching the detonation from outside the safety bunker. He seemed to have suffered no ill effects, living cancer free his entire life. The brightness alone should have blinded him. Joseph is mentioned in an interesting newspaper article, having gone missing in early July of 1947. When he was found the next day in the desert he had no memory of what had happened.

But no document mentions parents, nativity, siblings, or prior residence. Bill says he’s tried to find friends, family, or neighbors associated with him from before that time, but keeps coming up empty. According to Bill’s father, Grandpa Joe never spoke about his early life.

“In an attempt to break through the brick wall, I had DNA tests done,” says Bill. Unfortunately, the tests were a bust and may have been messed up by the lab. To believe the test results, Bill has no close relatives anywhere on the planet and a full fourth of his ethnicity is unknown.

The answer to the mystery may best be answered by the last thing Joseph Kittinger Brazel wrote in his journal: This is an April Fools  work of fiction and in any resemblance to real persons no disrespect is intended.