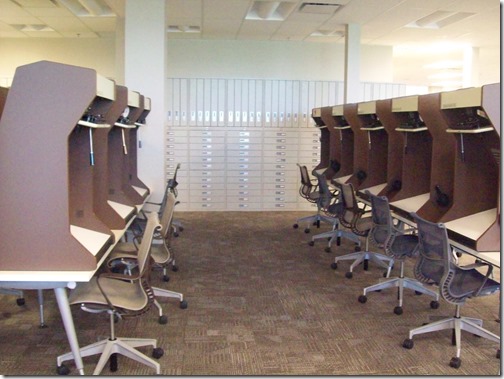 FamilySearch Family History Center staff are increasingly having hard times keeping their microfilm readers operational. Parts are becoming hard to obtain. On a Yahoo discussion group, one staff member reported using O rings from a local machine shop to replace belts. Another staffer reported being quite concerned last October when FamilySearch support indicated that “Film ordering will be going away eventually and now is a great time to start removing unneeded readers.” This startled her because she understood it would be decades before all the microfilms that could be digitized would be posted on FamilySearch. Another staffer reported hearing at RootsTech that only 7% of the records had been digitized. Another reported that some microfilm would never be digitized because of “copyright.” (It’s actually not a copyright issue, but other legal impediments.)

Steve Fox, manager of cataloging and metadata services at FamilySearch International, stepped in to clarify the situation. Steve said the 7% number is incorrect. You’ll recall my report from RootsTech that FamilySearch executives said 50% of the vault has been scanned.

Steve said, “The more critical issue is that raw microfilm used for making copies for distribution is no longer available at an affordable cost. In fact, it will soon be unavailable at any cost.” He said, “I can’t give an exact time frame, but microfilm circulation will go away in the near future, regardless.”

He acknowledged the “copyright” issues and said, “Creative solutions to these issues are in review.”

Steve went on to disclose that some films have been digitized that are not available in historical record collections. These contain 100s of millions of images and are accessible only through the FamilySearch catalog. Including the images available through historical record collections, there are nearly 2 billion images accessible through the catalog. To access images through the catalog, look up a film as you usually would. Then look for a camera icon in the column to the right of the film number. Click the camera icon to access the images. “Images viewed this way are not structured like the browse collections, but mimic the microfilm roll experience,” Steve said. “If something is on Item 3, you need to scroll down through the thumbnails looking for Item 3, like cranking through a roll of film.”

Images accessed through the catalog are subject to the same conditions as those in historical record collections. Some require that you login. Some will require that you be at a FamilySearch family history center, or even the Salt Lake library.