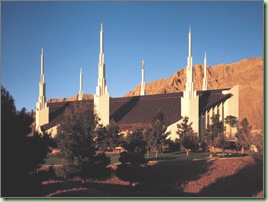 Theoretically, the Las Vegas Temple is now live! Once again a temple has probably gone live without an update to the official knowledge base article 102463. Do you think maybe FamilySearch waits to update this article until they get my NFS update?

The release of NFS in the Las Vegas Temple district comes as we approach the 20th anniversary of the temple later this year. The temple was announced on 7 April 1984. Ground was broken 30 November 1985. After an open house, the temple was dedicated 16 December 1989. 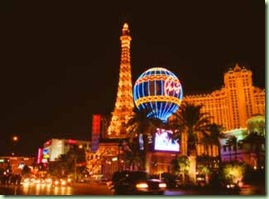 The Las Vegas Temple stands in sharp contrast
to "the Strip."   Image: © Tomo.yun

Aaron Shill, a reporter for the Mormon Times, says,

Church members here recognize the incongruity of a strong LDS community against the backdrop of a city defined by gambling and associated activities that run counter to church tenets. Some call it a contrast; some a dichotomy.