In Memoriam: Victims of 1927 Floods

In memory of those who perished in the flooding on this day in 1927, I’m republishing this article from 23 September 2008.

Last week I indexed a batch of Louisiana Death certificates. Soon I was so drawn into these people's lives, that it took all week to get one batch done. 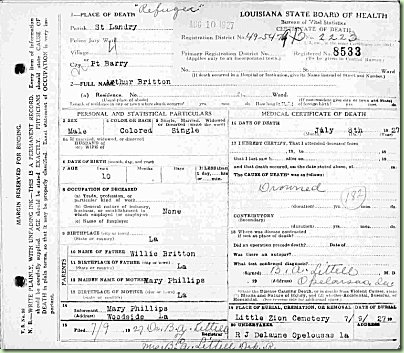 Next certificate. Also "refugee" at the top. Cause of death? Also drowning!

Wait a minute. Duplicate certificate? No. This name was North Hudson. I see he’s only five years old. Next I see he is his father's name sake. 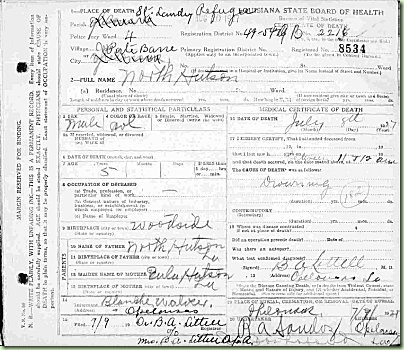 Third and fourth certificates. Also refugees who drowned on 8 July 1927. Both named Hudson. North Hudson was here again, as informant. Does that mean he had to identify family member’s bodies? 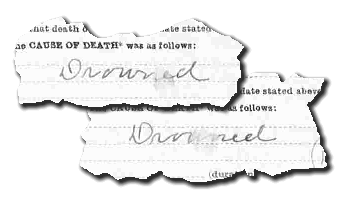 Fifth, sixth, and seventh certificates are all children of Delphine Thornton, ages 13, 9 and 5. All 8 July 1927 in Port Barre. Oh, my goodness. She lost three children in whatever happened.

What did happen? It didn't take very long before Google uncovered the Great Flood of 1927. The Mississippi had overflowed her banks during the spring runoff. 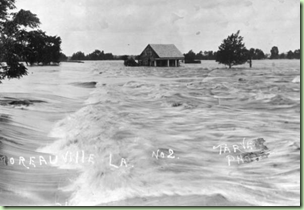 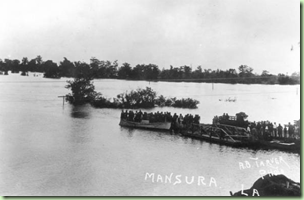 Then I thought that perhaps, if caring members of these families ever come looking for them, my indexing will bring them to this very same spot, let them see what I am seeing. I will have quietly slipped out the back, letting loving family unite again across time. And grieve. And remember.