Kenneth H. Rich was the undertaker. He was also the decedent. Weird. 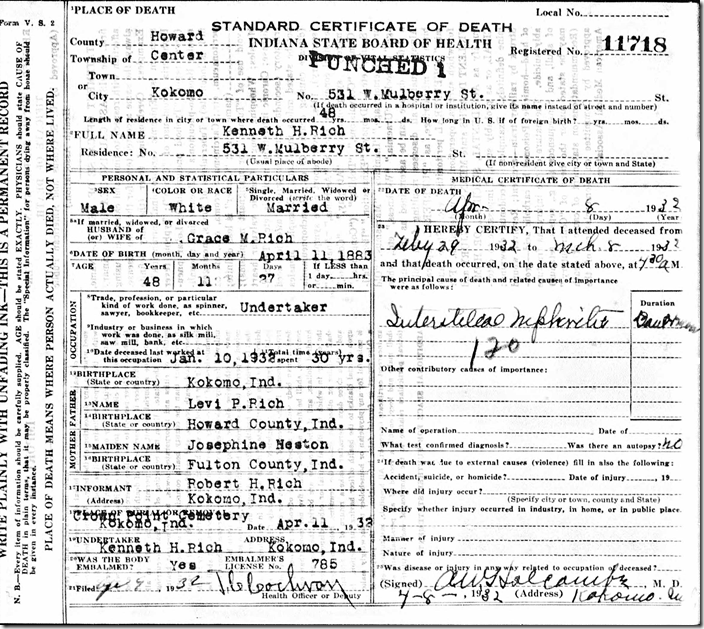 After 30 years as an undertaker, Kenneth retired just 7 weeks before his doctor started treating him for interstitial nephritis. Less than 6 weeks later, Kenneth was gone. His son, Robert, took over the family business. Six years after his father’s passing, Robert had his first born son. He named him Kenneth.

Reader Naomi Martineau shared this record with me. Thanks, Naomi!