When researching volunteers, start with the compiled military service records.

Some years after the Civil War, the War Department needed an efficient method of checking military and medical records in connection with claims for pensions and other benefits. Beginning in 1886 the staff of General Fred Crayton Ainsworth began the ambitious project of abstracting various military service records for volunteer soldiers: muster and pay rolls, descriptive rolls, returns, hospital records, prison records, accounts for subsistence and other materials. For each time an individual volunteer's name appeared in these records a card was prepared. 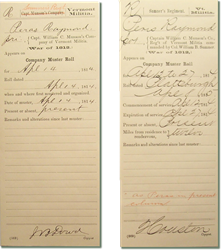 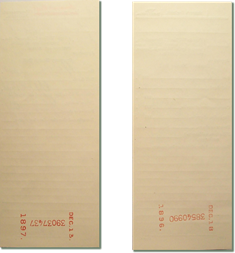 Front and reverse sides of the two cards in one soldier's service record.
A unique number is stamped on the reverse of each card. 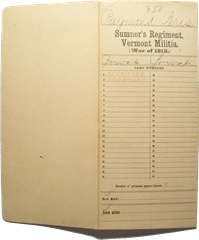 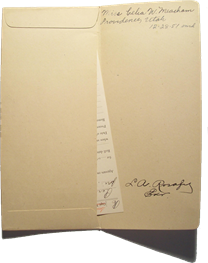 Front and reverse of a compiled military service record jacket-envelope,
shown in both views with the envelope flap open.
The number of each enclosed card is written on the front of the envelope.

A compiled military service record is only as lengthy as the material about an individual soldier and their unit. A typical record shows nothing but the soldier's name, rank, military unit, dates of entry into service and discharge or separation by desertion, death or dismissal. It may also show age, place of birth and residence at time of enlistment. If you are extremely lucky, for some wars it can include pension and benefit correspondence and documents between the soldier or his survivors and the war department. (For some wars, this material is held separately from CMSRs.) This type of material is the gold you are hoping to discover. 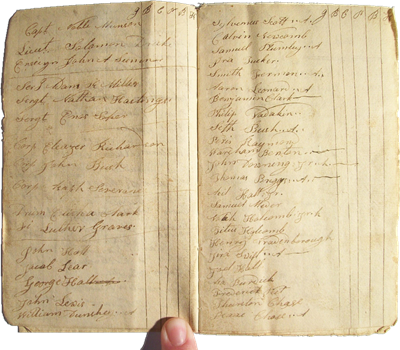 Various indexes exist to facilitate finding compiled military service records. Before computers were available, two types of card indexes were prepared for most of these records: general (nation-wide) and state indexes. These card indexes are available on microfilm and some have been computerized. New, computerized indexes exist for compiled military service records published online.

Consult an available index to learn if a CMSR exists for an ancestor and if so, the state and military unit or units (usually a regiment) in which he served.  General indexes are available for every war or historical period, and state indexes exist for federal military units bearing a state name (for example, 1st Virginia Militia) except for the Mexican War and the Philippine Insurrection.

Depending on the care taken in preparation and the search capabilities available, computerized indexes may or may not incorporate these cross-references. When searching online, be prepared to manually search for name variations and alternate unit names. For difficult to find ancestors, you may wish to consult all available indexes.

A researcher may fail to locate the record of an individual's volunteer military service for several reasons. The soldier may have served in the Regular Army (covered in Chapter 4 of Genealogical Research) or in a state unit that was not Federalized. His name may have been misspelled. (My ancestor Paul was denied a pension because he was indexed under Raul.) Proper records of his service may not have been made; or, if made, they may have been lost or destroyed in the confusion that often attended military operations. Or references to the soldier in the original records may be so vague that proper identification could not be made.

Sources for this article

Today's article is largely quoted (with liberal adaptations) from page 127 of Guide to Genealogical Research in the National Archives of the United States, chapter 5 ("Service Records of Volunteers"), section 5.1 ("Introduction"). Minor sources are