This is another in a series of encyclopedia-like articles written by the Ancestry Insider. Some serve as extensions to my failing memory while others give me someplace to link to for information that may not be known by all readers. 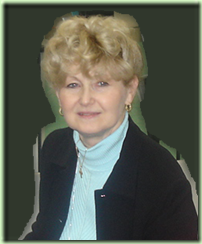 Loretto Dennis “Lou” Szucs, FUGA, holds a degree in history, and has been involved in genealogical research, teaching, lecturing, and publishing for more than thirty years.  Previously employed by the National Archives, she is currently executive editor and vice president of community relations for The Generations Network.  She has served on many archives and genealogical boards, and was founding secretary of the Federation of Genealogical Societies.  Currently, she serves as a director on the Board of the Federation of Genealogical Societies.

She has edited newsletters and quarterly journals for several genealogical societies, including the Federation of Genealogical Societies’ FORUM.  She authored They Became Americans: Finding Naturalization Records and Ethnic Origins; Chicago and Cook County Sources: A Genealogical and Historical Guide; Ellis Island: Tracing Your Family History Through America’s Gateway; The Archives: A Guide to the National Archives Field Branches (with Sandra Luebking), and Finding Ancestors in U.S. Census Records (with Matthew Wright).

Since 1980, Lou has lectured at numerous genealogy workshops and national conferences.  She has presented at the American Library Association conference and has been interviewed for the Ancestors series, ABC News, CNN News, and most recently on the ABC show, The View.  In 1995, she was awarded the designation of fellow of the Utah Genealogical Association and has received numerous other awards. [Links added by the A.I.]

It was around Szucs dining room table in 1976 that the articles of incorporation for the Federation of Genealogical Societies was signed and rough bylaws were established. She was elected as one of the fledgling organization's first officers. She serves today as one of the organization's directors.

In 2006 Szucs was the first recipient of the International Society of Family History Writers and Editors (ISFHWE) prestigious Myra Vanderpool Gormley Award of Merit. Vice President of Publishing at Ancestry.com at the time, Dick Eastman called her, "highly respected and much loved in the genealogical community."

Earlier this year (2009) UGA honored Szucs as the Utah Genealogical Association (UGA) Silver Tray Recipient for her "untiring efforts as an author, compiler and editor of superior quality genealogical publications such as The Source [A Guidebook of American Genealogy]" (with Sandra Luebking). When initially created in 1973, this award honored scholarly contributions in any aspect of the field of genealogy, but since 1988 has highlighted special contributions in the field of publications.

WorldCat credits Szucs with 37 works in 41 publications in 1 language published between 1977 and 2007 with 5,659 library holdings among members of the WorldCat cataloging system. WorldCat includes Szucs' Family History Made Easy and additional publications not listed above.