Someone Wanted Me to Go Through the Film Again 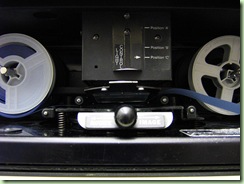 Carolyn Wright2 was working on a microfilm of a Norwegian parish record and things were not going well. New at genealogy, unfamiliar with the Norwegian language, struggling to read the handwriting, slaving to see the faded ink strokes, it was time for Wright to turn the film into the family history center staff worker for return to Salt Lake. Wright said of this moment,

I took the film to the librarian to have her prepare to return it. As I started to hand it to her, I had the most overwhelming feeling I should go through it again. I couldn't resist, the feeling was so strong.

She returned to the microfilm reader, remounted the film, and scanned again for the names of her family. As she reviewed the film, she found an error in her notes. One child, Edvard Emil, had a different birth date than she had written. Wright asked herself,

How could I have copied out a wrong date? I corrected the error, and now sure that I had completed my task, I took the film to the desk. Again, I could not do it. Something, someone, wanted me to go through the film again.

Back to the microfilm reader she went. Back the film went into the reader. And back through the film Wright went. On this third time through, she found Edvard Emil with the original birth date. Something weird was going on. She persevered and located both children with their separate birth dates. Confused, as she was new to genealogy, only later did Wright learn of the practice of giving a later child the same name as a deceased child.