An index or other textual derivative may not always represent what a record actually says. Take this example. 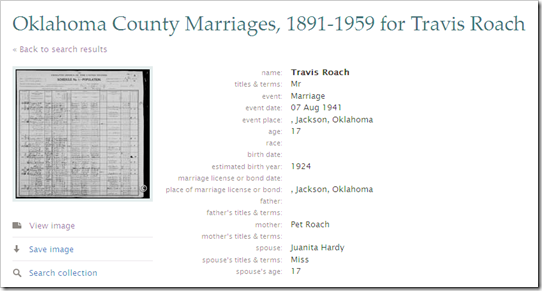 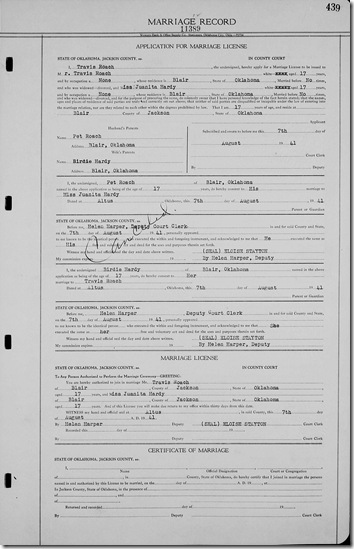 Wrong! This license was canceled; no marriage took place.2

Should this record be in the index if it will be misunderstood? Absolutely!3

This record might tell the story of two star-crossed 17 year olds whose parents denied them true love (judging from the lack of parental signatures). Or the information may be absolutely critical to someone’s research; no doubt there are records just like this one that are the only source of an illegitimate child’s father.

Postscript: Doesn’t your heart go out to young girls named “Pet” who fall in love with young men named “Roach”?!

Not that “Pet Roach” is not a perfectly fine name. Don’t write and complain!

I know some perfectly wonderful people named Roach. (Have I gotten my foot out of my mouth yet?)

And there are perfectly wonderful people who have pet roaches. (Maybe I should just stop talking…)