Could double enumerations be nature’s way of trying to maintain the yin and yang of the universe? Far too many of us have ancestors missing from the census. Double enumerations are when an ancestor occurs twice in a census.

Utah pioneers of 1850 are an especially fertile group for double enumeration as the 1850 U.S. Census for the state of Utah was taken in 1851. (If I’m not mistaken, it was actually the statehood application census from the Deseret Territory’s 1851 statehood application. Can anybody provide a source to that effect? But I digress…)

For example, the family of Alonzo Pearis Raymond was enumerated once in Pottawattamie County, Iowa in 1850:1

Alonzo’s sister Louisa does him one better. She’s enumerated once in Pottawattamie with her mother and step-father:3 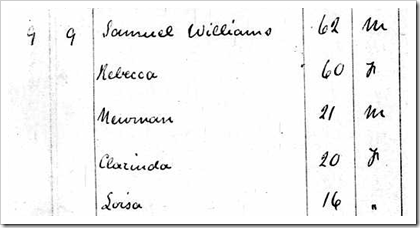 and again in Salt Lake with the Nelson Whipple family, family friends with a newborn baby and a two year old.5 (Need I say more?) 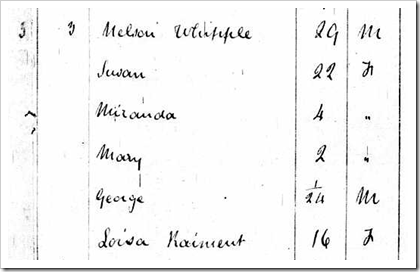 Thank you to J. H. Fonkert for his NGS Magazine article, “Seeing Double: Taking Advantage of Double Census Enumerations,” in the October-December 2010 issue for inspiring this article.