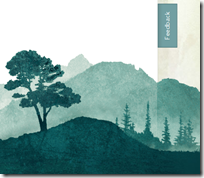 FamilySearch product manager Robert Kehrer recently responded to user comments about the International Genealogical Index (IGI) on the FamilySearch Blog. This is the second in a two part article telling some of what he said.

One commenter complained that a search for people in England returned U.S. census records. (Ancestry.com users will recall when this was a problem. Ancestry has already added a fix.)

“We will shortly be implementing a feature,” said Robert Kehrer, “that will allow you to tell the system you ONLY want records that originate in England.”

Kehrer responded that the current system will return all matching records regardless of where the record was created. Search results above the orange bar closely match the criteria you specify. This might locate an English ancestor both before and after immigration.

When you get to the orange bar in the search results, things change. I almost always stop looking when I hit the bar. “Below the orange bar,” said Kehrer, “you may see other records matching some but not all the parameters you searched on, like the name, and other events.” However, results below the bar will all be connected to England, for example, in some way.

A commenter asked what had happened to the pedigree charts available on the classic familysearch.org. Kehrer announced that a tree view was under development. “You’ll be pleased to know that we are currently coding up for delivery in the very near future (measured in weeks if all the code testing goes well) a tree view for AF/PRF/Contributed IGI records.”

About 208 million entries were contributed by users. These have been placed into a collection separate from the indexed entries. Both sets can be searched—one at a time—from a special collection page: https://familysearch.org/search/collection/igi .

A commenter expressed appreciation that FamilySearch had separated indexed records from contributed records.

“We have received a lot of positive comments from people who recognize the slightly different nature of the contributed data,” said Kehrer. (I am a big supporter of dividing the IGI into the two parts.)

He said that the present “user experience” (requiring two searches) is the result of the limited time FamilySearch had to get the IGI off the old computer system before it went down. “We are now working to make it easier to search both contributed and indexed data with one search,” he said, “and still be able to see which type of data you are looking at in the results.”

The IGI is Not Complete

One commenter expressed concern that talking about a “complete IGI” might be misleading to some. Just because all the entries from the classic IGI have been loaded onto the new system doesn’t mean the IGI is a complete record of the various parishes and jurisdictions covered. Inclusion of some records from a locale doesn’t mean the IGI includes all records from that place.

I second that sentiment. The IGI contains a small selection of records in FamilySearch’s microfilm collection. Some films were skipped. Some films were partially skipped. Some records, such as stillborns, were never indexed. Some indexed records were discarded rather than duplicating user contributed entries. That means an entire parish may be present except for a handful of people.

The commenter expressed concern that no more parish records would be indexed for the IGI. On the contrary, Historical Record Collections, the successor to the IGI, continue to be expanded.

“FamilySearch’s record acquisition efforts have not stopped by any means,” said Kehrer. “Rather they have accelerated now that we are not anchored down with the old site technology. New indexed and image only collections are being published and new records are being added to previously published collections every day.”

It is true that there will no longer be a single collection that contains all the indexed entries from the IGI, but just like the old IGI, all can be searched in a single search. FamilySearch’s collection is growing too fast to be constrained to a single database called the International Genealogical Index. They have over 1300 collections now containing over 3 billion searchable names. And that is growing fast.

In response to one comment, Kehrer innocuously explained an important detail about FamilySearch’s historical records. It is important but easily overlooked. “FamilySearch records are person-centric.” This means that FamilySearch’s Record Search doesn’t search for records. It searches for mentions of people in records.

The remark came in response to a commenter who pointed out an unexpected oddity in a record title in form like this one:

Search for Sam Ealy Johnson with spouse Rebekah Baines and the result list shows all the person-mentions for Sam, regardless of whose record he appears on.

“Each of the persons in our databases have their own person details page,” said Kehrer. “Please don’t make the mistake of thinking you are looking at a household record or a birth certificate record.”