Monday Mailbox: How Fast Was the 1860 Census Indexed

Howland Davis sent a question in response to my article, “FamilySearch Indexing Not Keeping Up.”

It took Ancestry.com four months and one day to finish its 1940 index. (See my article of 6 August 2012, “Census Indexing Update: And It’s Over.”) FamilySearch published the 50 states a while later, but I think it took them a considerable amount of time to finish the territories.

I believe the first large-scale effort to index the U.S. censuses was made by Ronald Vern Jackson and Accelerated Indexing Systems (AIS) in the late 1970s through the early 1990s. I believe he indexed heads-of-households only, and just the names, so the amount of work was more manageable. These were true indexes, not the census databases we use today. Where did he get his keyers? Does anyone know? He published the indexes as bound books of computer printouts. 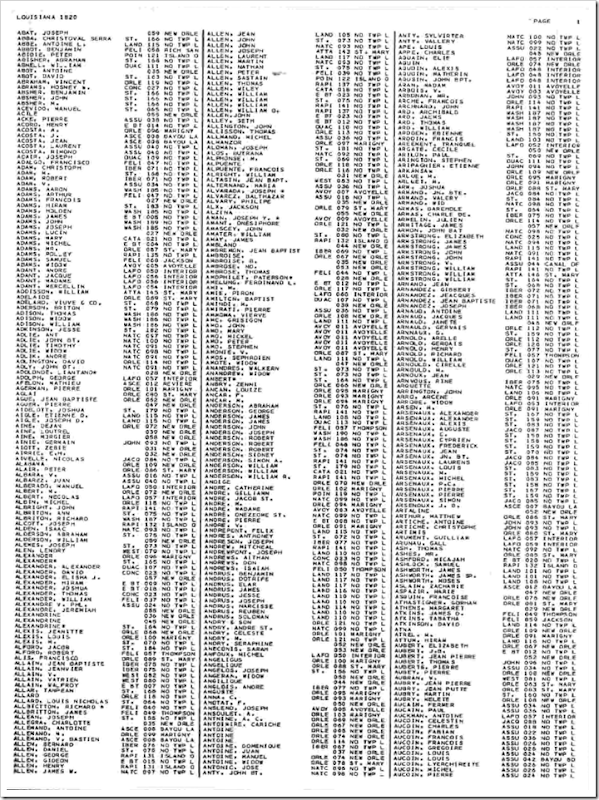 According to Thomas Jay Kemp’s The American Census Handbook (Wilmington, Delaware: Scholarly Resources, 2001), here are the publication years for a sampling of states:

Notice all were done after the widespread availability of computers.

In 1984 AIS published on microfiche what it had completed. Ancestry.com published AIS indexes online in 1999.

Some limited scope indexes were published earlier. For example, in 1964 the Ohio Library Foundation published an index of the 1830 Ohio census. This, too, was a computer printout. Volunteer family historians extracted the names of heads of households onto index cards. The cards were keyed onto punch cards, which were then sorted by an IBM mainframe computer. 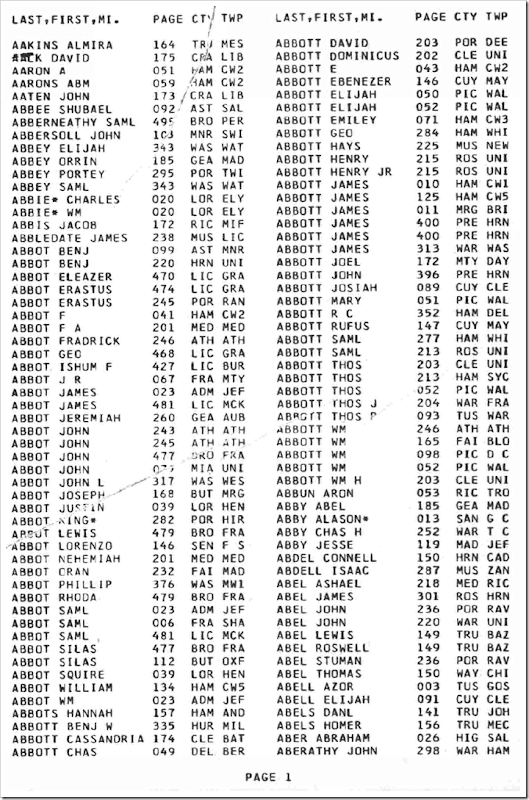 So the answer to your question is, that indexing the 1860 census took about a decade and was finished around 1990.