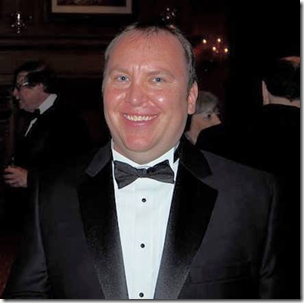 Nathan Murphy of Ancestry.com subsidiary, ProGenealogists, was elected earlier this month as a fellow of the American Society of Genealogists. The society is an independent honorary organization composed of 50 leading, published, genealogists. Election is for life.

Election to The American Society of Genealogists is based on a genealogist’s published work. Emphasis is upon compiled genealogies and published works that demonstrate an ability to use primary source material; to evaluate and analyze data; to properly document evidence; and to reach sound, logical conclusions presented in a clear and proper manner.

As vacancies occur, any Fellow may propose a genealogist he or she feels meets the Society’s exacting standards. Election requires action by at least half of the membership present at an annual meeting and fails if the affirmative vote is less than eighty percent of those voting. All proceedings of the ASG are privileged and Fellows may not disclose the name of any person under consideration.

Nathan was elected as the society’s 165th member. He has had numerous articles published in the major genealogical journals over a decade and has received numerous awards. Ancestry ProGenealogists employs another fellow, Gordon Remington. Some of the other fellows are Elizabeth Shown Mills, Tom Jones, Hank Jones (who wrote the book—literally—on serendipity in genealogy), and Kip Sperry.

I had the privilege of working with Nathan at FamilySearch. Congratulations!