I received this inquiry back at the end of October 2008:

Here are two examples to illustrate the problem:

I’m trying to get to the image for “Earl Jeff Smith,” and would be grateful for your help in rectifying this small glitch in an otherwise terrific online resource.

My response in early November was:

Thanks for the examples. I'll see if I can find out what the problem is and the outlook for a solution.

I can tell you that watching the team work on problems, it feels like I'm watching a pit crew trying to change the tires on a race car--without pulling the car out of the race.

I'll let you know when I hear something.

Did you ever hear back on this matter we discussed in November?  The data/image mismatch problem still exists.  If two films -- 2116470 and 2134914 (not even close enough to be a typo) -- are completely switched, that sounds like a process problem that might be replicated with other films as well.

I have written to FS also, but had no reply.

I'm sorry you never heard back from me. This is one of the cases where "no news is bad news." I haven't forgotten your request, however. Just recently I heard a list of collections read for a project re-processing some missing images from microfilm back at the Granite Mountain Record Vault. I was listening for, but didn't hear "Texas Deaths, 1890-1976" mentioned. 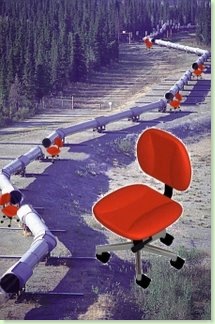 As a result, all images for film 2,116,470 are wrong. As you mention, that certainly sounds like a process problem. I asked about this and was told that yours is one of several wrong-image problems in the "Texas Deaths" collection that were introduced by swivel-chair handling rather than digital pipeline processes. While still working at Ancestry.com, I did a four-part article on the FamilySearch Digital Pipeline, based on information presented at a BYU genealogy conference.

So when will you be able to get Earl Jeff Smith's death certificate?

That, my dear Ellen, in my opinion IS a process problem. Speaking as an industry expert without regard to what internal knowledge I may have about FamilySearch, these are some processes that an archival-quality vital records repository ought to have:

Stay tuned for "Standards of an archive-quality digital record repository."