A new chapter in the rollout of New FamilySearch (NFS) is starting, and it seemed to me that we needed a new rollout map. The color code remains the same.

This map shows the current state of the New FamilySearch (NFS) rollout. Green dots mark districts using NFS. Yellow dots mark districts that have been notified that the rollout will occur within the next four months. Purple dots indicate where future temples are in various stages of construction. Red dots mark temple districts without NFS. Temple names are shown next to the colored dots and largely match the city names. 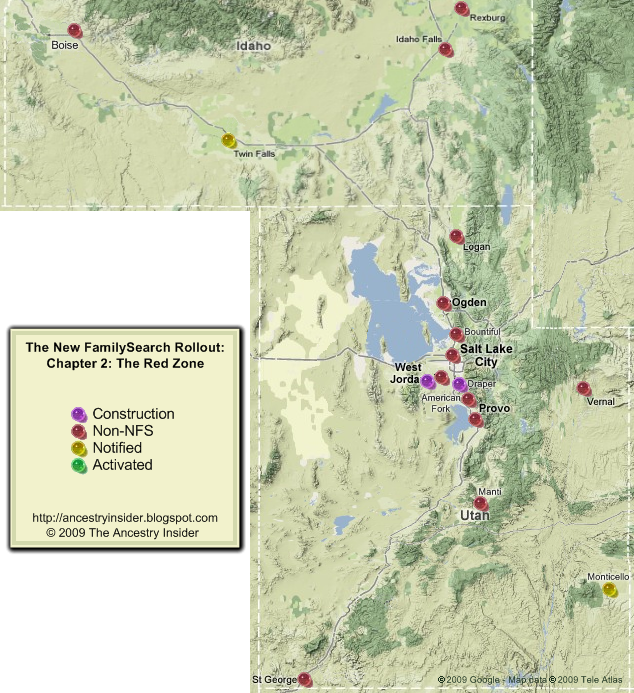 I've made several changes that might be of interest.