Take Me to the Pilot 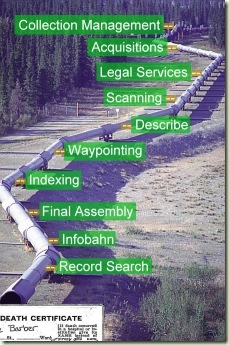 One regular reader of my column writes,

I'm a regular reader of your column.

A question that has been in my mind for a long time is - when will we see digitized images of the LDS [microfilm] records? I don't mean the excellent pilot site with its almost 250 sources. I mean the unindexed stuff that we now have to order and go to an LDS [family history] center to see. I know they're supposedly in the process of being digitized and that new records from the field are supposed to be in the digital format.

Is there any time frame for when these records will start coming online? I assume they'll do them bit-by-bit, not wait the 10 years or so until they're all done.

I'd love to start seeing these. Readability is better on a computer, and I'm not tied to the miniscule hours offered by the library (usually in the AM and I'm a late night person.)

I rarely see updates on this and no one who seems to cover the LDS [microfilm] records talks about this. One of the very few areas in which the LDS does not do a good job is in letting us know when records are filmed (I was told "keep checking online. That's great for Tiny Town,, but doesn't work for large cities, too many entries to be able to tell what is new) and/or how the digital program is going.

Thanks for reading this.

It goes without saying that New FamilySearch (NFS) is job one for FamilySearch. Fortunately, gathering and protecting copies of the world’s records has gone on unabated even while spare resources have been applied to the NFS rollout.

During this time, more has been going on behind the “excellent pilot site” than you have realized. Behind this unassuming web face are hundreds of FamilySearch personnel—not to mention indexers—going about the mammoth task of building and operating a high-capacity digital pipeline—a digital record factory, really—that can provide the very services you’re wondering about, and more:

and of course the scenario one usually thinks about, 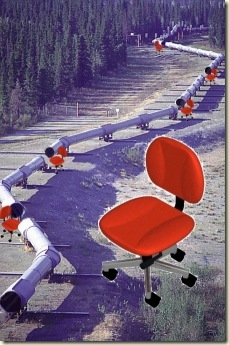 Much is being accomplished behind the scenes in what could be called a Pipeline Pilot. Collections representing each of the scenarios above are being pushed through to Record Search, enabling developers and operators to learn by doing manually, to build replacement parts, and then to operate this marvel of engineering. The FamilySearch Operations team is fabulous, manually bridging gaps in the pilot pipeline. (See “Swivel Chairs” in this article.)

I believe the following are examples of the scenarios from above:

FamilySearch is still not informing anyone when new microfilm is added to their collection (if that is still happening). I was working on a project to do that prior to my job change last year, but haven’t pursued it since then.

Fortunately, they are very good at issuing press releases for new digital collections. I rarely pass these press releases on to you, however, so you’ll need to subscribe to another newsletter to see them. Watch for my recommendation in upcoming days.