A Celebration of Family History 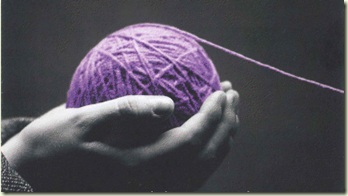 A Celebration of
Family History

Henry B. Eyring
First Counselor in the First Presidency,
The Church of Jesus Christ of Latter-day Saints

President Henry B. Eyring based much of his remarks on a circular printed in 1846 by the New England Historical and Genealogical Society stating that “the minds of men are naturally moved to know something of their progenitors.”

“Morning Has Broken”
Choir and Orchestra
(Listen to a clip)

“Amazing Grace”
Choir and Orchestra
(I want to comment before giving you a link.)

McCullough told us of his wonderful childhood where his family would gather around the dinner table and talk—talk about substantive matters.

Mine Eyes Have Seen the Glory
Film (Watch)

So what was the high point of the conference for me? “Amazing Grace.”

In the video that proceeded it, “Clan McCloud,” a father of Scottish descent related the story of his son, Jared. At age seven Jared announced his desire to learn to play the bagpipes.

“If you’ve ever heard bagpipes in a confined space, you’ll know why we’ve created basements,” quipped Jared’s father. As a result of Jared’s interest in his Scottish roots, and despite the cacophony, the entire family reconnected with their Scottish heritage.

And Jared did, eventually, learn to play the bagpipes, as we can attest. For as the lights came up, there was Jared and three additional pipers, standing amidst the choir. The sad, soulful strains of the pipes filtered through the large hall like the mournful cries of the lost.

In its turn, as if falling into the march behind the pipers, the orchestra joined in, soothing the cries of the pipes with hope that dangers, toils, and fears could be relieved.

As the men of the choir joined the march, we heard in words our hopes secured: “Amazing grace, how sweet the sound…”

Then the women added a descant, lifting us heavenward. “The Lord has promised good to me…”

Now all in unison. “…I shall possess within the veil, a life of joy and peace.”

Finally in full voice with majestic orchestration: “…Bright shining as the sun. We’ve no less days to sing God’s praise…”

Surely God was in the moment. It is never to be forgotten.