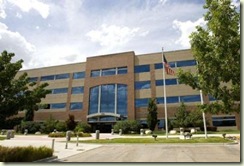 FamilySearch announced last week that it is consolidating 24 family history centers in the Salt Lake Valley into a single facility in the south end of the valley. Situated between the Salt Lake Family History Library and the BYU Family History Library, the new Riverton FamilySearch Library will provide similar services more conveniently to nearby patrons. The library will be near the intersection of 13400 South and Bangerter Highway.

The library will have 127 computers, training rooms, and an auditorium. Having a larger patronage means the microfilm collection can grow larger and the library can afford subscriptions to premium websites like Ancestry.com.

Combining the pools of available volunteers makes it possible for the library to be open to the public longer and more consistently than the small centers that it replaces. More than 1,000 volunteers worked in the 24 small centers which separately suffered from sparse resources and sparse patronage. FamilySearch is interested in staffing the library with volunteers who can commit a minimum of 16 hours per week.

The 24 centers closed 30 April 2010, decreasing the number in the valley from 54 to 30. The new library is expected to open sometime in June. It occupies space in an office building belonging to the Church of Jesus Christ of Latter-day Saints located at 3740 West 13400 S. The Church purchased the four-story, 330,000-square foot facility from Intel Corporation back in December 2008. It also houses the Church’s computer and communications department.