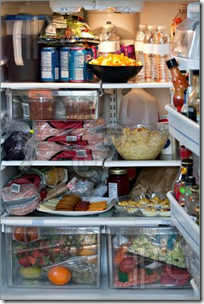 “The new FamilySearch Tree (NFS) is like a refrigerator,” said Dan Lawyer, “with a rule that you can only put stuff in; you can’t take it out.” That produces some really rotten stuff. While there is some really good stuff, the view is tainted by the presence of the bad stuff. “We’re working on that,” said Lawyer. “We’re going to fix it.”

Lawyer made the comments during his keynote at the 14th annual South Davis Family History Fair.

“We failed to understand what it would take to build this system,” said Lawyer. Changes are underway to make it possible to correct anything and totally get rid of bad information. You will be able to attach artifacts showing evidence of what is correct. You can automatically monitor a person for changes. You’ll receive an email anytime a change is made showing who made the change, when it was changed, and what was changed. You’ll be able to reject the change with one click of a mouse. You’ll be able to communicate with the person who made the change.

Some of the changes have been made. Monitoring changes and communication features were added in the last two releases. Other features are on the near horizon.

“Hopefully in the very near future new familysearch [the tree] will just become a feature of familysearch.org.” Lawyer likened it to a bridge built by the side of the freeway and moved into place when completed.

Concerning the search filters that FamilySearch pioneered in the Record Search Pilot, Lawyer said “in a month, or two at most, this feature will be there.”

Stay tuned for more coverage of the fair…