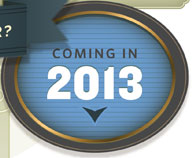 Ancestry.com recently disclosed its plans for new databases coming in 2013: