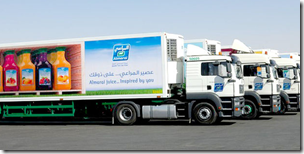 This story of serendipity comes from Leroy Kelly. I share it in his own words.

Back in 1976 I found myself in New Orleans for a conference. I started thinking. My father's family came through Louisiana in the 1800s. My great, great grandfather was born outside of Alexandria. At the same time my grandmother was born in Pea Ridge, Kemper County, Mississippi.

I realized that I was meant to be in the area to do some family history.

I rented a car and started to Alexandria. Due to three, very inconsiderate semis I was not able to make the necessary exit. I decided, what the heck, I'll just go to Mississippi instead.

Two hundred and thirty miles later I pulled into DeKalb, Mississippi. I went to the local library where a friendly librarian helped me. "Pea Ridge? Oh my goodness, it hasn't been called that since I was a girl. It's Cleveland now."

I drove out to Cleveland and discovered that it was not a town, but a country store, complete with local post office, feed store, one gasoline pump, and groceries.

I introduced myself and asked if they could tell me anything about the TERRY family who had once lived in the area. They thought for a while, and told me no. As I was nearly out the door one said, "Tell ya what, you go across the street to Miss Maudie's house. She's lived here all here life. If anyone could help you it's gonna be her."

I knocked and presently the door opened a crack. I heard a voice. "Yes?"

"Excuse me ma'am. I'm looking for information on the TERRY family who used to live in this area. I was wondering if you ever heard of them?"

The door closed and then opened almost as fast. "Young man, there was a TERRY family in this area a long time ago. There was a church that they used to call Terry Hill on account of the Terry family. There's a house and there's an old burying ground just up the road a holler and a jump, on the right hand side, just past the big oak trees."

I thanked her and drove up the road. I found the old church and the house beside it. I stopped and talked to the inhabitants, asking them about the house, but they could tell me nothing. I drove back down the road and pulled off in front of a gate that guarded a patch of the greatest jungle of briars and weeds, guaranteed to be the abode of myriad snakes, spiders, and who knows what else. Amongst all that growth I could see tombstones.

I pushed, shoved, and pulled for the greater part of an hour finding full grown trees growing over graves, tombstones broken and littered all over the ground. I was looking for JOHN TERRY but found no TERRY graves at all. Finally, hot, tired and more than frustrated, I started back to the car. In my walk I stumbled and fell into the briars and vines of a very large and nasty bush. There I was on my bleeding hands and painful knees, when I saw a footstone with the initials JT. I couldn't believe my eyes.

I didn't get up, I couldn't have because of the vines and brush. I crawled around to the front of the grave. There it was: JOHN TERRY, 1825 - 16 May 1895. I found him! I have been doing this work now for years and have had some marvelous experiences but I can honestly say that was the first time I heard the sound of angels singing. Beside him I found MARY his wife and two of their children. I have to admit that I cried.

After taking pictures and gathering every inch of information I could, I started back into DeKalb. As I came back to Miss Maudie's home I stopped to thank her. She opened the door, a bit wider this time, and asked if I had found what I was looking for. I told her what I had discovered. She opened the door and invited me in for lemonade.

In the middle of our talk she suddenly stopped, looked at me and said, “Miss Louise was a TERRY.” A few minutes later I was talking to my grandmother's first cousin. I drove into DeKalb to meet her. In the middle of talking Miss Louise looked at her son and said, "Lee, why don't you take him out to grandpa Gideon's grave."

I left DeKalb, Mississippi with sixty eight names, copies of forty pages from family bibles, four generations of the TERRY family, a quilt that was made by and belonged to my great, great, great, grandmother, a whole mess of cousins and friends, and memories that are precious and sacred to me. Now how is that for serendipity and three trucks that wouldn't let me make the exit to Alexandria, Louisiana.

Source: Leroy Kelly, [e-mail address withheld for privacy,] to AncestryInsider@gmail.com, e-mail, 13 September 2013, “Do I Have a Story?” privately held by the author.