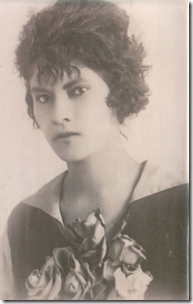 On a Saturday night in December 2011, Marge Vallazza walked past her spinet piano whereon were various family photos. Her eyes were drawn to a photograph of her Abuelita, her grandmother. Marge was but six years old when her Abuelita Altagracia Gonzalez had died. She picked up the photograph and spoke to her Abuelita, “I wish I knew more about you! I wish I'd known you better.”

While Marge had had great success tracing Altagracia’s maternal line, her paternal line was a complete mystery. All she knew was that Altagracia’s grandfather had been in cobbler in Jerez, Zacatecas, Mexico.

The very next day Marge’s desires were answered. Marge was exploring the website of Linda Castanon-Long. Linda had transcribed thousands of entries of Zacatecas families from FamilySearch microfilm. Marge had been to her friend Linda’s website before, but this day things were different.

“What did I find?” Marge says, “A plethora of my Grandma's Gonzalez and related families: Castaneda, Acosta, and other lovely names I am descended from!!!”

Marge is quick to give credit. “Thanks to people like Linda Castanon-Long, who is meticulous about documenting her sources, I was led to the right source.”  But Marge’s acknowledgements don’t end there.

“Serendipity? Yes! Grandma's spirit? More than likely. Our ancestors want us to find them and they want us to know them.”

Thanks, Marge, for sharing your story and the beautiful portrait of your grandmother.