Serendipity and a Grandmother Named David 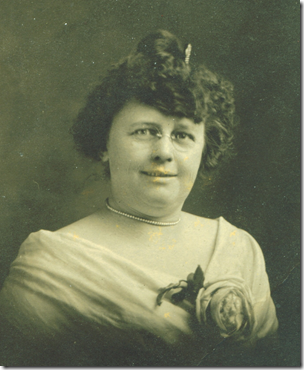 “Our grandmother, born Virginia David O’Cull, must have had a unique childhood,” wrote David Harrison. “As discovered on census records and her first marriage certificate, she regularly went by her middle name, David.”

Compounding the confusion, Virginia David was known by six different surnames during her life. Due to death and divorce, she had had five different husbands.

On top of these challenges, Virginia David was buried in the poorly mapped, older section of a large cemetery.

The sexton’s records indicated she had been buried as Virginia Lanier, the surname of her last husband. The sexton provided a map and David went out looking. When he was unable to find the grave, the sexton sent a cemetery worker to help them. The worker was also unable to find the grave. It was not where the map indicated. After half an hour, the worker sought out a more experienced coworker. For nearly an hour the three looked for the grave, but with no success. David gradually widened his search.

“Approximately 200 feet from the designated site I felt inspired to pray,” wrote David. “As I raised my eyes I found—not six feet from me—her grave with a headstone engraved, Virginia Harrison, the surname of her first husband.” Birth and death dates confirmed the identity of his grandmother’s resting place.

David had never met his grandmother. But standing before her grave at that moment, under those circumstances, he felt especially close to her.

That is what we call, “Serendipity in Genealogy.”