Reconstructing the DNA Past

As DNA becomes an ever more important tool, some of us are wishing we had a DNA sample from a long gone ancestor. But using DNA of enough of their descendants, it is possible to partial reconstruct their DNA. Ancestry.con recently talked about an example.

“By using genetic material of living people, AncestryDNA has reassembled pieces of the human genome from a man named David Speegle and his successive spouses…who lived in the early 1800's Alabama,” said the AncestryDNA press release. “The team was able to piece together fragments of genetic code from David Speegle and his spouses Winifred and Nancy for roughly 50 percent of the length of the human genome.” 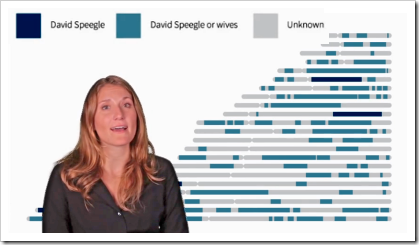 For more information about the science behind AncestryDNA, see a page on their website.