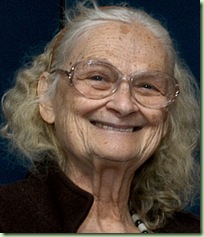 In any event, I'm taking another stab at reviewing Ancestry.com’s copy of the “Afro-Louisiana History and Genealogy, 1719-1820” database, under their title, “Louisiana Slave Records, 1719-1820.”

What is this database?

In 1984, a professor at Rutgers University stumbled upon a trove of historic data in a courthouse in Pointe Coupee Parish, Louisiana. Over the next 15 years, Dr. Gwendolyn Midlo Hall, a noted New Orleans writer and historian, painstakingly uncovered the background of 100,000 slaves who were brought to Louisiana in the 18th and 19th centuries making fortunes for their owners.

Poring through documents from all over Louisiana, as well as archives in France, Spain and Texas, Dr. Hall designed and created a database into which she recorded and calculated the information she obtained from these documents about African slave names, genders, ages, occupations, illnesses, family relationships, ethnicity, places of origin, prices paid by slave owners, and slaves' testimony and emancipations.

The data has amazed genealogists and historians of slavery with the breadth of its information. Because the French and Spanish proprietors of Louisiana kept far more detailed records than their British counterparts at slave ports on the Atlantic coast, the records show valuable historical data. For historians who thought such information was lost or could never be collected and analyzed, the database is a once-unimaginable prize.

Dr. Hall's work in creating the Afro-Louisiana History and Genealogy is far reaching. There are many who have a stake in being able to freely access this data, from historians, genealogists, anthropologists, geneticists and linguists , to Americans seeking keys to their past. Dr. Hall shares with others an interest in seeing that her research and databases reach the broadest possible audience. Together, Dr. Hall, the Center for the Public Domain, and ibiblio.org bring you the Afro-Louisiana History and Genealogy 1699 - 1820 Database, a user-friendly, searchable, online database that is freely accessible to the public.

I am honored that Dr. Hall, herself, responded to my last article with some insights about this database.

The original databases were published on CD by LSU Press. Then a front page story appeared about my slave database on the front page of the Sunday New York Times on July 30, 2000. I had to go into hiding from the media. A lot of people bought the CD but almost no one could figure out how to use it.

So when ibiblio.org (which is maintained by the University of North Carolina) asked my permission to put my databases on their web site, I agreed provided they created a search engine. They handed it over to a graduate student who evidently thought a female septuagenarian (me) had nothing to contribute. So he created a search engine only for the slave database, not the free database and left out some important fields and created that confusing "General Search" button. But I managed to stop him from removing the "race" field. He insisted that I remove the "race" field because there was no such thing as race. So I changed the title of the field to "racial designation."

Then ancestry.com asked my permission to incorporate both databases into their search engine. I agreed provided they did not charge the public for using it. Their change of name might involve other slave databases they added to mine and broadened the name, but it seems to be restricted to the same place and dates as mine.

I hope others pick up the expansion of slave databases over time and place. There are several projects out there but they can't speak to each other. No one has ever funded me to do it. I was a finalist with the ACLS this year but I didn't get it. NEH didn't even inform me I didn't get their grant, but they announced who got it and I was not included. The technology does not have to be very fast, complicated and expensive, but everybody is in the business of trying to make as much money as possible.

For more than you want to know about me but in a relatively small package, check out my Wikipedia page.

Much thanks.
Gwendolyn Midlo Hall

Thank you, Dr. Hall. I checked and unfortunately, the name change did not correspond with the addition of records.

I say I immediately fell in love with this database upon discovering it, but you must understand that several hours elapsed between finding it and discovering it. When I first found it, it was locked tight as a bank safe. No method was provided for browsing the database. And try as I would, I could not find a way to perform a search that would return a single result. Only a chance discovery of the ibibilio website disclosed the combination.

While about 85% of the 100,666 records contain the slave’s name, one must utilize the rich set of ancillary information to have the best possible chance of uniquely identifying ancestors.

When I first discovered the database on Ancestry.com, I found each record in the database had been converted into a blob of text. Then the blobs had been shoved together to form a database. It was in bad shape:

To get a flavor of the poor shape of the database, look at an old search result. Or check out the companion database, “Louisiana Freed Slave Records, 1719-1820” (renamed from “Afro-Louisiana History and Genealogy, 1719-1820 [Free]”), which still suffers from most of these problems.

I was excited in February when I noticed that Ancestry.com had reworked this jewel. Documenting the existence of a mere 100,666 slaves, it hardly warrants attention from a company sporting 8 billion names. Assigning resources that could more profitably be assigned elsewhere, I am gratified that Ancestry.com spent the time and money to fix this database up. Cynics may discount their action, but I was in possession of enough information during my employ at Ancestry.com to know that they had no good reason to fix this database other than to do right by their customers, the genealogical community, Dr. Hall, and mostly the 100,666 souls identified therein.

I'm anxious to see if they've unlocked the database's full potential. If they have, then there is reason to access it on Ancestry.com, where it can be used for free, though registration is required. Otherwise, you might as well use it for free on the ibibilio website.

Next time, the review.