Scientists and computer users use metric prefixes in which k means a thousand and M means a million. A few isolated groups, such as the energy industry, used the Roman numeral M for one thousand long before the metric system came along. For a million, they use MM, a thousand thousands (although MM actually means two thousand). It’s very confusing.

Especially when both systems are intermixed, as they are in Ancestry.com’s May Update.

Ancestry.com hit a big milestone this month. They surpassed 8 billion records. Notice they didn’t use the sometimes-inflated measure of name counts. Eight billion records is pretty darn impressive. Here’s a break down by category. The M means millions, the B means billions.

Over the past three years, the number of records in the census & voter list category has grown from under 750 million to over 900 million. Ancestry.com points out that they have also been upgrading their census collections. I have to point out that much of that has occurred in cooperation with FamilySearch. 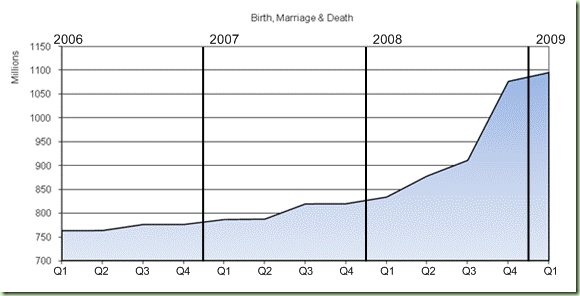 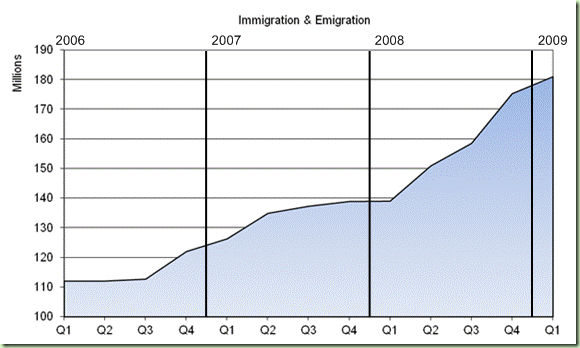 While no graph was supplied, Eric Shoup reports that during the same period users have contributed “10MM trees online and 1 billion people.”

Shouldn’t that be 1MMM people?

Regardless, congratulations to Ancestry.com!