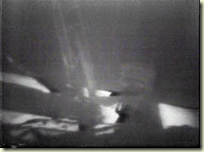 It would have been nice if Neil Armstrong had made his miraculous landing (which none of us realized or appreciated at the time) and immediately hopped down and made his giant leap off the end of the ladder. I was so excited, the hours after the landing were interminable before we witnessed that grainy gray bulge shift against the fuzzy black and white background. The CBS NASA expert had to tell Walter Cronkite what we were seeing… at least until Armstrong made his famous statement. Then Cronkite removed his glasses and wiped an eye.

Forty years later members of the Church of Jesus Christ of Latter-day Saints along the Wasatch Front are waiting for New FamilySearch (NFS) to land in a temple near them. Since the last map update, NFS has touched down in the Logan (29 Jun 2009) and Boise (20 Jul 2009) temple districts. The switchover of all Boise stakes at once was not expected, but certainly welcome. Since the last map update another major milestone was reached. All family history consultants throughout Idaho and Utah now have access to NFS. The “red” zone is no longer red!

Who will be next? If FamilySearch is avoiding the Salt Lake City area, then Idaho Falls and St. George may be next. Will they switch all at once as Boise did? Or will they switch by groups of stakes as Logan did?

Since the last map the St. George, Ogden, and Draper Temples have begun using the NFS Ordinance Recording System (ORS) to record temple ordinances. With the switch in Draper, all Idaho and Utah temples can now process Family Ordinance Requests (FORs) printed by NFS. However, rumors that Provo would switch after the July 4th holiday turned out to be just rumor; we know now that it will switch on 28 July 2009. That leaves two other temples that need to make the switch by the end of July. Assuming the switch will be done on “Temple Tuesday,” Jordan River and Idaho Falls will be switching either today (21 July 2009) or next Tuesday (28 July 2009).

On 11 July 2009 we hit the 2nd anniversary of “Temple Districts Using New FamilySearch,” where you can always check to see the latest details of the rollout.

Can anybody out there in South Jordan or Idaho Falls tell us if either temple switched to the new NFS ORS today? AncestryInsider@gmail.com