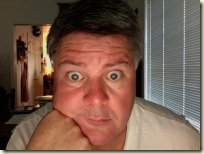 To properly interpret Tanner’s NFS news, you have to understand his manic, even zany, presentation style. Tanner had attendees smiling ear-to-ear when not breaking into laughter. He joked that while working at Bell Labs (he has a masters degree in computer science), his extravert score on a personality test set a new record.

Now that he’s moved from engineering into product management his job is to guide the progress and future direction of the products assigned to him. He does this by researching user needs, observing how his products are used, even gathering user suggestions. “I listen to all your suggestions, throw away most, then implement a few. [I’m] like a politician,” he joked.

Tanner verified what NFS watchers have long observed: The development team plans to do a release every three months with improvements and bug fixes. The beta test for the August release started last Friday. See my upcoming article, “NFS August 2009 Release,” for information.

Tanner disclosed that one change in this release isn’t directly visible to end users. The code that manages data internally, called a database, has been mostly re-written to handle IOUS (Individuals of Unusual Size) better. While this change should result in better performance, there will not be an increase in the number of duplicate individuals that can be combined, which was recently increased from 85 to 150. (See, “Mid-May releases of NFS and Family Tree.”) While warning us that the limit will never be completely removed, Tanner suggested the limit may increase with the November release.

Tanner, however, admitted that it would take too long to make Family Tree complete. Instead, individual features from Family Tree will be moved into NFS. The first feature is the August release’s new Temple Ordinances tab. The Family Tree project will likely sit unchanged for awhile as personnel are used to move desired features into NFS.

Tanner reported that all non-Asian temples are now using the new Ordinance Recording System (ORS) associated with NFS. In the tables of my article, “Temple Districts Using New FamilySearch,” this statement corresponds with the column labeled, “Process FORs.” This is different from the complete switchover, which corresponds to the column labeled “Temple on NFS.” Users have been warned that the complete switchover is coming by the end of July.

“Remember, I’m a product manager,” quipped Tanner. “I make lots of promises that I don’t keep. All remaining Wasatch Front temples will be done this year. Asia temples are planned for the first half of next year.”

An audience member quizzed Tanner about access for users who are not members of the Church of Jesus Christ of Latter-day Saints. And in his blunt, non-serious manner Tanner shot back, “Don’t you think the system today would make non-members retch?” We all laughed, but realized the degree of truth in his joke. Tanner stated that FamilySearch’s Executive Director was asking intently when non-member access could happen. Tanner told us, “maybe early next year.”

To control the velocity of the non-member rollout, Tanner thought they might use a system like Google Mail’s initial rollout plan. When Google Mail was first released, to use it one had to receive an invitation. Each user could invite one friend to use Google Mail.

Tanner also mentioned plans to combine NFS into the old FamilySearch.org but gave no timeline or details.

Tanner went on to talk extensively about adding support for a “conclusion model.” I will cover that portion of his presentation in an upcoming article. Stay tuned…