The Really, Really Near Future of NFS 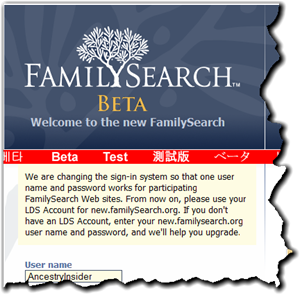 Common login, included in the March release of NFS,
is gradually coming to all FamilySearch websites

FamilySearch took five years to release the first version of the NFS tree in 2007. It took another 1.5 years for the next release. After Tanner came to FamilySearch, they decided to do a release every three months. FamilySearch has succeeded in that endeavor. That means instead of big changes, you’ll see lots of smaller changes.

The February release of the NFS tree is about a month behind. It was a little more than a week ago that Tanner thought it might be ready for release in about a week. Let’s see… Subtract a week… Add a week… Carry the one… Round down… If my math is correct then the February release should be available when you read this. If not, then… uh… it might be ready in about a week.

The née February March release has these “smaller” changes: 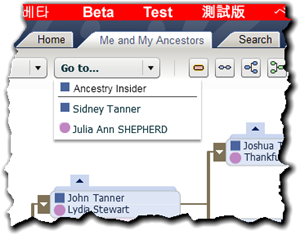 Tune in next time when I will talk about the near future of NFS.