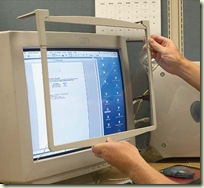 “At first it was just one or two,” said Hayp Ralphs of Salt Lake City. “It wasn’t until I lost a thousand ancestors in a single day that I noticed what was happening.” Ralphs is one of a growing number of genealogists falling victim to Ancestor Skimming.

One such user, Yule Stay of St. George, Utah, reported losing her entire life’s work. “They’re gone. Just gone. I don’t know what I’m going to do. I’m too old to start over.”

Security expert, Sully Timothy, had harsh words for Ancestor Skimmers. “I was shocked to learn that people would actually stoop this low. Genealogy is such a great comfort to the elderly. To steal from this segment of the population is, well, despicable.”

The recent arrest of two men in Richfield, Utah for skimming credit cards at gas pumps gave officials their first look at the skimming technology. Officials are now warning genealogists who use public computers.

“These devices are so easy to install,” said police detective Vern Jaykler. “Why break into private homes when it takes less than five minutes to hit a dozen computers in a city library.” Jaykler went on to warn public computer users to check their ancestors frequently.

The nature of the crime makes it hard to prosecute, according to an official in the Florida attorney general’s office who asked not to be identified. “Because no money is involved, proving damages is difficult. With limited staff, this isn’t a crime we are going to prosecute.”

Paul Nauta of FamilySearch said that the organization’s new FamilySearch Tree has thus far proven immune to the attacks, but more effective monitoring will be introduced before the tree is released to the public.

Law enforcement officials contacted Ancestry.com six weeks ago, according to spokesperson, Mike Ward, who reported that Ancestry.com has already implemented a fix. He declined to disclose the nature of the fix or how many ancestors might have already been lost.

When approached for comment about FamilySearch Certified affiliate products, Gordon Clarke of FamilySearch said the certification process checked for a variety of security threats and certified products were safe. PAF users are subject to a small risk, but the threat can be minimized by taking some simple steps: