I’m map folk. Maps run through my veins. So at the Federation of Genealogical Societies annual conference last month when Jake Gehring of FamilySearch showed an awesome color-coded map of their worldwide camera projects (see “FamilySearch Vault Express” for more info), I knew I had to share it with you. 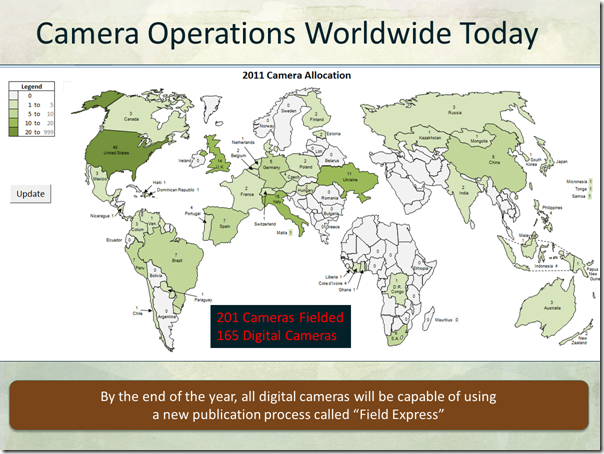 The deepness of the color indicates the number of cameras in each country. Click on the map to enlarge it.

Like a Kung Fu protégé, Ancestry.com has moved beyond digitizing microfilm and is now digitizing original records. I invited Ancestry to supply a map of their own projects. They declined. That left me no choice but to use a map I obtained in 2009. 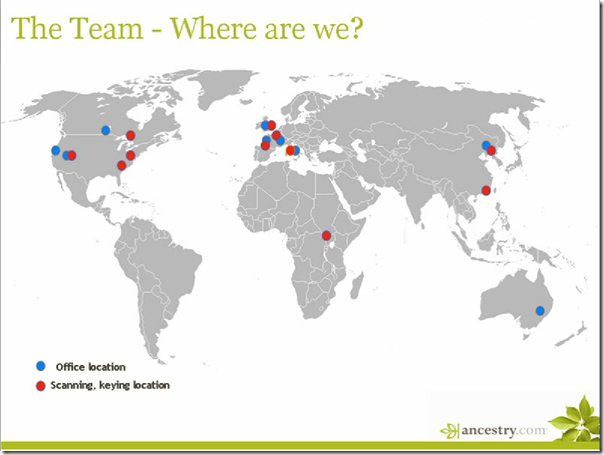 The map indicates that Ancestry had scanning operations in what looks to be seven countries. I’m guessing the locations were: the United States (3 locations), Canada, England, Germany, France, Italy, and China. Two of the red dots are keying locations: Uganda and Beijing.

Devin Ashby, in his FamilySearch Indexing session at FGS, showed another map of interest. It showed how many names have been extracted or indexed from each country across the globe. FamilySearch has been indexing for the last 32 years. Unlike Ancestry, FamilySearch provided a copy. 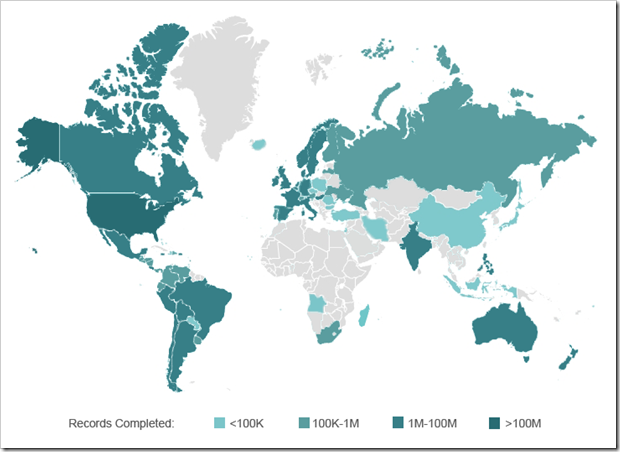 I finally decided to put together my own map of Ancestry’s  digitization efforts. After all, I have Insider Sources. You should limit how long you look at the map so you don’t go blind from overexposure to pure awesomeness.

I’ve taken Ancestry’s map of their offices (the saplings). They probably digitize in one or more of these offices. Then I’ve added digitization projects (green dots). Last year one of my sources said Ancestry was working in about 20 locations worldwide. My map doesn’t account for that many, but these are the only ones my sources would give up.

To quote an old Chinese (or Panda) proverb, “There is no extra charge for the awesomeness… or attractiveness.”