FamilySearch disclosed last week that it uses three data centers and is planning a fourth. A data center is a place where an organization can store computer servers, hard disk servers, tape backup servers, web servers, and Internet connection hardware. 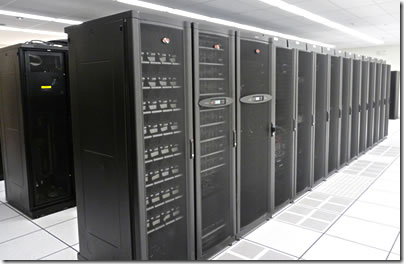 Data center computers and other components are designed to be
mounted into racks some eight feet tall. Racks were organized
into numerous rows, totally filling large rooms.

A spokesperson from FamilySearch said that the FamilySearch.org website is kept in a data center in Ashburn, Virginia. A smaller datacenter in West Valley City, Utah acts as a backup and as a staging area where changes are tested before rolling them to Ashburn. A yet smaller datacenter is located in downtown Salt Lake City within walking distance of FamilySearch’s corporate offices in the Joseph Smith Memorial Building. 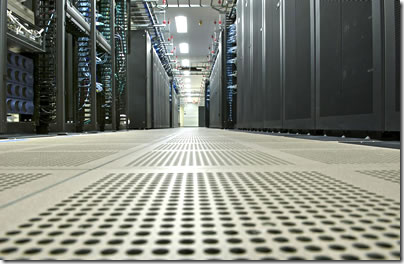 FamilySearch leases space for the West Valley datacenter from a company named ViaWest. It was here that a fire suppression accident destroyed most of the hard drives in the facility. It was this accident that destroyed the Family History Expos website shortly before the St. George Family History Expo. A ViaWest spokesperson did not know how much FamilySearch was affected by the incident. (See “Major Failure of Utah Computer Center.”)

FamilySearch is contemplating another data center facility to be specifically designed as a data preservation center, according to the spokesperson. FamilySearch employees’ families were shown an architectural rendering of the facility during tours of the Salt Lake area data centers.

Jay Verkler alluded to the project during an October 2010 meeting with bloggers. It will be, as he put it, FamilySearch’s second storage vault.