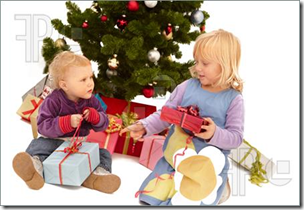 David Ouimette of FamilySearch said that their collection of the highest quality genealogy records has surpassed Ancestry.com’s. He made the remarks at the recent Federation of Genealogical Societies (FGS) annual conference. He said FamilySearch has more Images of civil vital records, church records of vital events, and census records.

According to Ouimette, every month FamilySearch digitizes tens of millions of the 3.6 billion images in the vault. “We’re going as fast as we can, publishing indexes to high quality records first,” he said. “We have about 200 cameras that are currently active throughout the world,” said Ouimette. They digitize millions of images in archives weekly.

“As of last night,” he said, “FamilySearch has almost 300 million images.”

He showed a table of the number of images and records for each record type. I scribbled down the numbers as fast as I could, so you should probably regard them with suspicion. For one thing, the number of images doesn’t total to 300, so buyer beware. For another, I had to move the decimal point just to get them to add up half-way right.

Ouimette explained how FamilySearch selects records to acquire and publish. Much of this part of his presentation was repeated from last year, so I’m not going to repeat it. Instead, in the FamilySearch Wiki see “Digitizing the Records in the Granite Mountain.”

He showed two maps showing states and countries where FamilySearch has current acquisition projects. I’ve permission to show the country map, but I’m going to share it later with matching map from Ancestry. But I digress…

After acquisition, FamilySearch indexes the records using a process which Ouimette described as “A/B double blind plus arbitration,” to turn a phrase. It isn’t “double blind” in the experimentation sense. Rather, each batch of records is indexed by two indexers, an A indexer and a B indexer. Each are “blind” to the results of the other. If the batches differ in any way, the batch is sent to a third person, an arbitrator. While the arbitrator can change any value in the batch, it is anticipated that they will only change values in dispute. The arbitrator can select the value supplied by the A indexer, the B indexer, or supply another value entirely.