In a submission to my RootsTech 2014 contest, Nik McOmber shared how using both Ancestry.com and FamilySearch.org provided insights that told important family stories. Thanks, Nik.

I find that using both ancestry.com and familysearch.org to be a very effective approach to family history research and storytelling. I was writing about the son and grandchildren of William Macomber (1610-1670) and his wife Ursilla Cooper (1612-1675) of Marshfield, Plymouth Colony, becoming members of the Society of Friends and moving from Marshfield to Dartmouth in southern Plymouth Colony along with many others trying to escape the influence of antagonists farther north. There is no evidence that William and Ursilla became members of the Society of Friends, but I did find evidence that family friends of William and Ursilla were members of the Society of Friends, which helps explain why their son and grandchildren became members and moved from Marshfield to Dartmouth.

Ancestry.com has indexed and digitized vital records of various towns of Plymouth Colony, some of which are derived from records of the Dartmouth Monthly Meeting of the Society of Friends (nicknamed Quakers).

In familysearch.org it is noted that William Macomber purchased land from John Rogers in 1650, and that John Rogers wrote a lengthy description of the land to help Ursilla settle William’s estate in 1670.

In ancestry.com I discovered that after selling land to William Macomber in 1650, John Rogers purchased land in Dartmouth and was affiliated with the Society of Friends in south Plymouth Colony.

A patron of familysearch.org shared on Family Tree a reference that Ursilla Macomber was a witness to the will of Thomas Knott dated 1664.

In ancestry.com I discovered a reference that the sister of Thomas Knott was arrested for attending religious services away from the regular place of worship, likely a Society of Friends meeting. 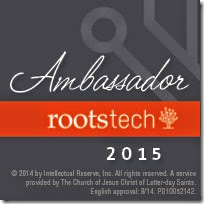