Not many of us get to see inside the record vault of a state’s vital records. A recent segment on CBS’s 60 Minutes gave a very brief glimpse into the vitals records vault of the state of Alabama. 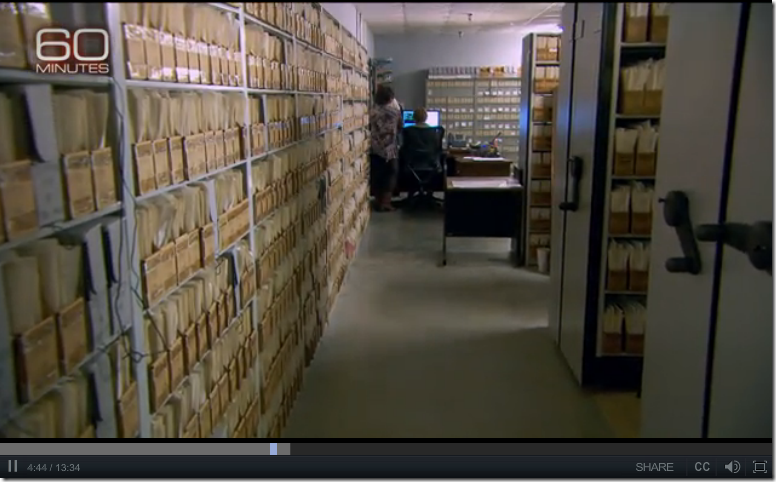 Vital records vault of the Alabama Department of Public Health 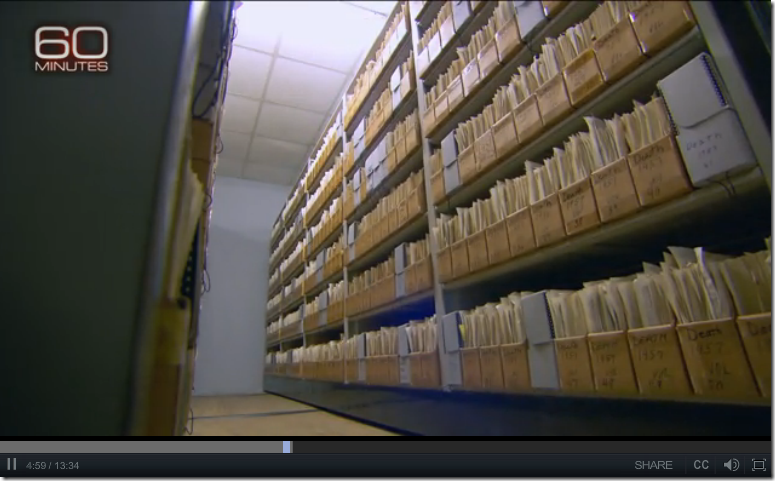 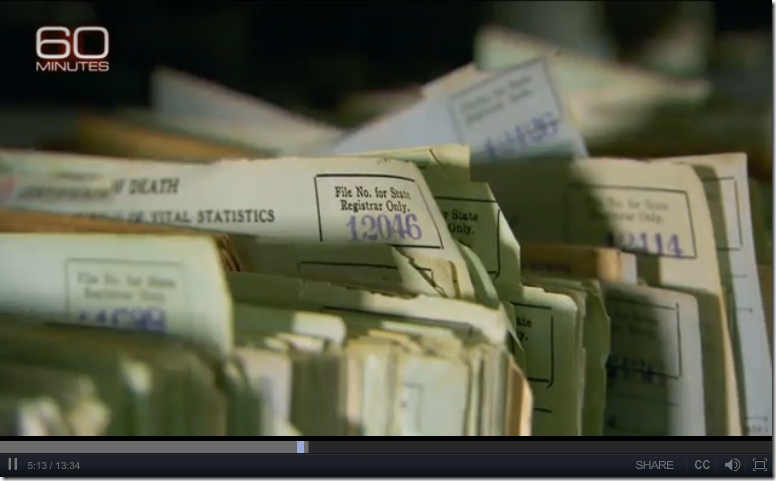 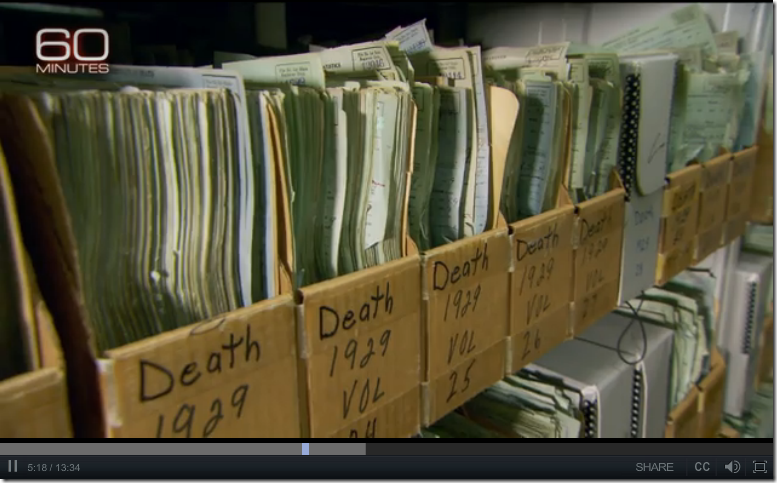 What I found interesting—and odd—is that the boxes of loose death certificates are labeled as volumes. Were these previously bound into volumes and then subsequently separated? Does anybody out there know? Is this a common practice in other states?

These views inside the Alabama Department of Public Health are part of a news segment about the Social Security Administration’s Death Master File. Living people who are accidentally added to the file go through heck trying to reestablish themselves as living individuals. The Federal government is more concerned about deceased individuals who are not included, as the government loses billions of dollars giving  benefits to deceased individuals./p>


Watch the entire segment, “Dead or Alive,” on the CBS News website.