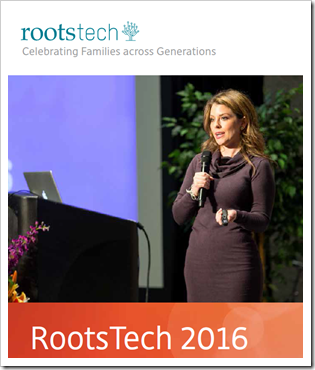 Some interesting things to notice:

RootsTech 2016 will be held the 3rd through the 6th of February, 2016. RootsTech is always held in Salt Lake City and will be held again at the Salt Palace Convention Center. I’ve not seen any word on when registration will open, but the class schedule will be announced mid September. The deadline for presentation proposals is tomorrow, 30 June 2015.