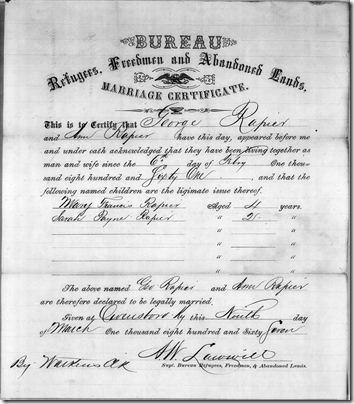 Friday, on the 150th Juneteenth day, FamilySearch announced the Freedmen’s Bureau Indexing Project. The project is a collaborative effort with FamilySearch and the National Museum of African American History and Culture (NMAAHC), the National Archives and Records Administration of the United States and the Afro-American Historical and Genealogical Society. The project will index an estimated 4 million names from 1.5 million digitized images of records from the Freedmen’s Bureau. The Freedmen’s Bureau was established to help freed slaves transition to citizenship.

Elder D. Todd Christofferson spoke of the importance of the project. Elder Christofferson is a member of the Quorum of the Twelve Apostles of FamilySearch sponsor, The Church of Jesus Christ of Latter-day Saints. Fourteen years ago he announced the completion of the indexing of the Freedman’s Bank records.

“One of our key beliefs is that our families can be linked forever and that knowing the sacrifices, the joys and the paths our ancestors trod helps us to know who we are and what we can accomplish,” he said. “I witnessed the healing and joy African Americans experienced as they discovered their ancestors for the first time in those records."

Thom Reed, FamilySearch marketing manager said, "We’re calling for volunteers, specifically those that have ties to these records, the African American community, to get involved with this to help us break down this brick wall to help us overcome these barriers in genealogical research and making these family connections."

I was especially impressed with the remarks of Jannah Scott, deputy director for the White House Office of Faith-Based and Neighborhood Partnerships. “This is rich,” she said. “This is about all of us. I know the records are about the 4 million African Americans that were freed, but at that time there were people from all races, all religions, all ethnicities who were heralding the call for a new America, an America that would hold the promise of us being a perfect union, an America that would hold the promise that all men are created equal.”

Some images of the records are already available on the FamilySearch website. View the list of U.S. collections and enter “Freedmen” in the “Filter by collection name.”

For more information on the indexing project, visit discoverfreedmen.org. You can view a recording of the news conference on YouTube. 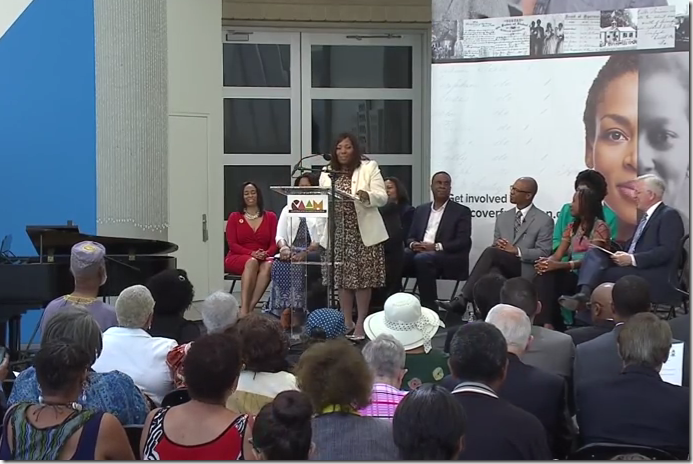