This is one of a series of articles about Google’s search interface and its application to genealogy. 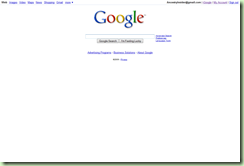 An article in BusinessWeek back in 2005 titled “Google’s Search for Simplicity” notes that while Google’s “payroll has rocketed…to over 4,200 staffers” and “sales have jumped…to more than $3 billion,” its “famously minimalist home page looks almost as it did when [Google was an] upstart search company.”

In an interview for Good Experience Google’s product manager for its user interface, Marissa Mayer, compared Google to a Swiss army knife.

All of us on the UI team think the value of Google is in not being cluttered, in offering a great user experience. I like to say that Google should be "what you want, when you want it." As opposed to "everything you could ever want, even when you don't."

I think Google should be like a Swiss Army knife: clean, simple, the tool you want to take everywhere.… 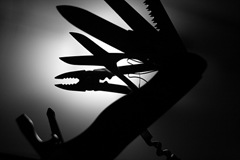 When you see a knife with all 681 functions opened up, you're terrified. That's how other sites are - you're scared to use them. Google has that same level of complexity, but we have a simple and functional interface on it, like the Swiss Army knife closed.

The audience of people using Google was not of the people building Google. … If there's one thing we've learned time and time again, [it] is we're not representative of our users.

Fitzpatrick admits that Google approaches user interface in an iterative fashion. One is not likely to get it right the first time. I’m glad to know that both Ancestry.com and FamilySearch use iterative development processes. I welcome the refinement process we are seeing on both organizations’ websites.

What do you think about the search interface on these websites?

Are they intuitive? How could they be improved? Click “Comments” below and let us know what you think.