He Decided to Get My Attention 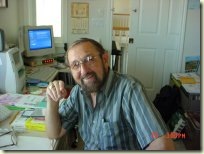 Walter Maschmeyer mentioned that he had started doing genealogy to his father. His father, back in Germany, had done some genealogy himself, and gave his large file of results to Walter. But Walter had little information on the Kessels, his mother’s family.2

Walter remembered his Uncle Fritz, his mother’s brother, but could find no information about him. Uncle Fritz had visited often during World War II while Walter lived in Hannover.

Walter also remembered his mother speaking of a second brother, “Maenne,” who fought for Germany during World War I. Maenne had been captured in 1918 and had died in a French prisoner of war camp. Unfortunately, “Maenne” was a nickname, and Walter had been unable to find any information about him as well.

After his father’s passing, Walter went through his father’s papers. He came across an envelope labeled “Kessel.” Excitedly, Walter opened the envelope and found many information-rich documents and photographs. One turned out to be a letter from Maenne’s sergeant to Maenne’s father to tell him of Maenne’s capture by the French. In this hand-written letter was the long sought for name. Maenne’s real name was Hermann Kessel.

Writing of what happened next, Walter said,

Working on my family history, I had an experience that confirmed my belief that our ancestors are watching us.

Flush from the discovery of Uncle Hermann’s name, Walter walked into his home office and—apparently for the first time—noticed a leather wallet sitting rather precariously on top of a filing cabinet. Opening the wallet, Walter discovered a collection of family photographs. The first one was a tombstone engraved with Uncle Fritz’s name. Examining the back, Walter found the long sought for information: Fritz’s birth and death dates.

I imagine that he [Fritz] and his brother Maenne must have had a little chat in the spirit world. He decided to get my attention.