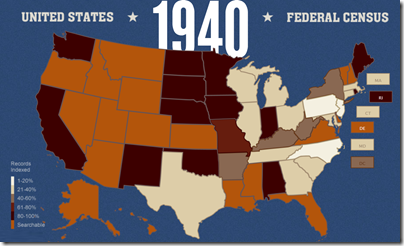 Today we got a clearer picture on how the 1940 U.S. Census index publication horse race might play out. It might not be what you expected.

Ancestry.com announced earlier this week that they had completed an index for the state of New York. New York was the largest state in 1940, containing about a tenth of the country’s population. That was enough to boost Ancestry’s completion percentage to 11.19%, propelling their horse ahead of where the FamilySearch horse was at the time of my last update.

However, in that nine day period FamilySearch released Hawaii, Louisiana, Mississippi, and Montana, pushing their publication horse to 13%.

While the Ancestry horse was not able to pass the FamilySearch horse, it is running much closer than people have perceived. We might just have ourselves a horse race.