Here’s a quick update on the indexing numbers given in the newsletter:

The newsletter also pointed to a 28 August 2013 article that asks for more volunteers to arbitrate. “Right now, FamilySearch indexing is behind in arbitration by nearly four million images. That represents some 10 million individuals whose names cannot be published.”

I had always assumed that most of the time the A indexer and the B indexer agreed and no arbitration was necessary. According to the article, “In the majority of cases, the two indexers give slightly different answers on one or more parts of a batch, so a third person is needed to review the answers and choose between them.”

To become an arbitrators, read “Becoming an Arbitrator.” 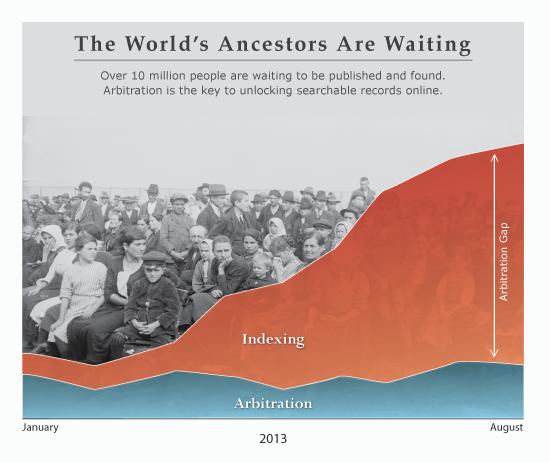