A Truer Lie Had Never Been Spoken

In an April 1883 affidavit in Holt County, Nebraska, Delia Hooker provided details of her marriage to Ambrose Hooker, Civil War veteran. She was applying for a Civil War Widow's Pension.

Delia, then surnamed Bird, married Ambrose Hooker in August of 1867. In her affidavit, Delia swore that her previous husband, Byron B. Bird, died of a fever in Independence mining camp in December 1866. She attached a newspaper death notice to prove her point, and stated that “she knows no person now living who was present at the death of her said first husband Byron Bird.”

That no person then living was present at his death was absolutely true. That Byron died in 1866 was certainly not true. He was still alive when she had divorced him in July of 1867.

The closing comment of her deposition sums up the situation nicely:

“Deponent farther says that she believes that any farther search or inquiry for farther proof of the death of her first husband the said Byron Bird would be useless.” 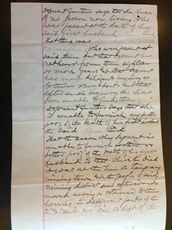 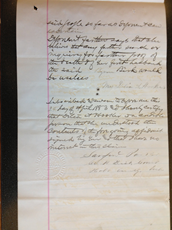 Affidavit of Delia A. Hooker, 24 April 1883, State of Nebraska, Holt County, 3 pages; in Widow’s Application no. 302,112; Soldier’s Certificate No. 201,692, Ambrose E. Hooker, Captain, Unassigned Company, Regiment 9, Cavalry; Pension applications for service in the US Army between 1861 and 1900, grouped according to the units in which the veterans served; Civil War and Later Pension Files; Records of the Department of Veterans Affairs, Record Group 15; National Archives and Records Administration, Washington, D.C. 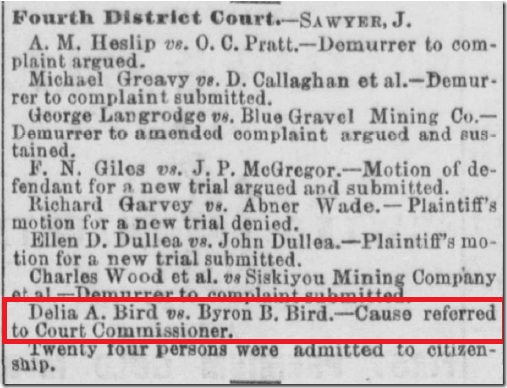