The Salt Lake City FamilySearch Family History Library is undergoing remodeling, which is expected to continue through RootsTech 2016. “The main floor and lobby of the Family History Library will be undergoing renovation lasting until March 1, 2016,” said FamilySearch’s Ray Naisbitt. FamilySearch is attempting to limit the effect on patrons. “There will still be access into the library and all of the other floors will still be available for use.”

A comparison of the before and after floor plans (below), shows that the wall is being removed that separates the lobby from the rest of the main floor. The book shelves on the floor will be replaced by additional classroom space which can seat a class of 120, or be divided into two classes of 60 each. And the library orientation room will be no more.

The switch from book shelves to additional classrooms is consistent with my experience in my own family history center. Patron usage in the center is shifting from accessing physical resources to learning. The books that were available on the first floor (family histories, I think) are still available from high density storage, according to a private Facebook post by Valerie Brown Elkins, a volunteer at the library. These can be pulled from storage by requesting the book at the service desk on floor B1. Many family histories have been digitized and moved to offsite storage. These are not only available via the computers at the library, but at local FamilySearch family history centers. The library orientation room has been replaced by the addition of an online library orientation.

My guess is that the effect of the remodeling on RootsTech 2016 attendees will be minimal. There were about 50 computer workstations on the main floor. This will increase competition for available workstations on other floors. You can bet the army of volunteer missionaries have been deployed to help patrons on other floors. The classes that were held on the first floor have been temporarily moved, most to the lab on the second floor. The break room has been moved temporarily to the third floor. The biggest effect on RootsTech attendees will be RootsTech itself. It may bring hundreds of more library patrons during the conference.

View time-lapse videos of the construction from the point of view of the lobby or the main floor on YouTube. 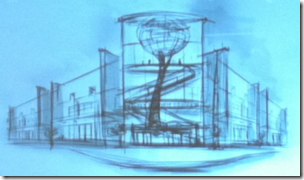 The changes are being made in preparation for addition of a FamilySearch Discovery Center, said Ray. FamilySearch first started talking publicly about discovery centers back at the 2013 conference of the Federation of Genealogical Societies. (See “Über Cool Family History Center of the Future Shown at #FGS2013.”) The artist depiction of a transformed Family History Library (above) shown at that time was quite dramatic. I don’t know what is currently envisioned. This discovery center will be FamilySearch’s flagship. FamilySearch debuted a smaller, test center in the Joseph Smith Memorial Building FamilySearch Center at last year’s RootsTech. (See “FamilySearch Opens First Discovery Center at #RootsTech/#FGS2015.”) Another is located in Bellevue, Washington. FamilySearch has also announced one will be housed at the Museum of the American Revolution in Philadelphia. (See “FamilySearch Donates $1.5 Million to MoAR.”) 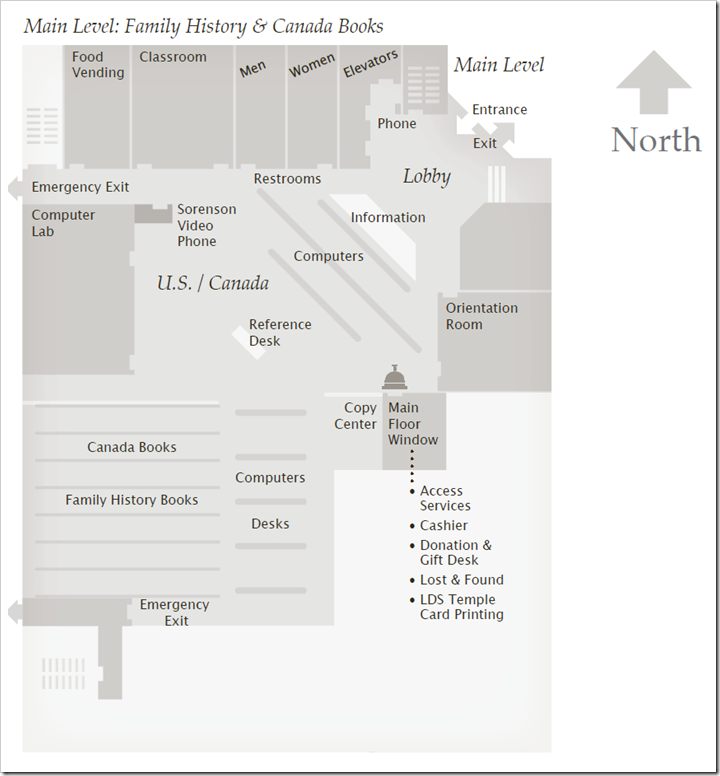 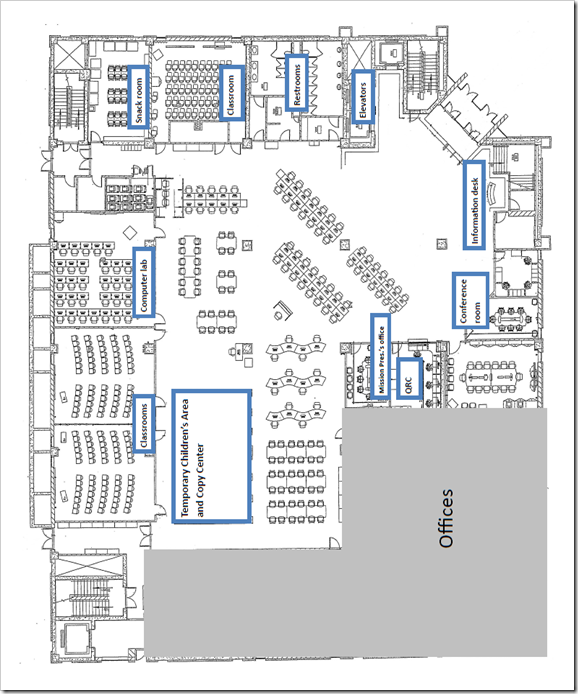 Visits to the current discovery center should be scheduled in advance at https://familysearch.org/discoverycenter/.