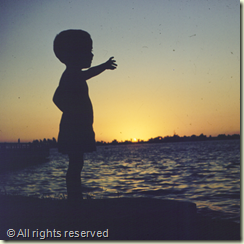 Last Monday’s article brought out a lot of great comments about New FamilySearch (NFS), the universal tree database under development by FamilySearch. Thank you, all!

I, for one, am very optimistic about New FamilySearch’s future and I’ll tell you a couple of reasons why.

Now, companies like FamilySearch and Ancestry.com use a new approach to software development that is “incremental.” Ancestry.com, a for-profit company, makes a new release to their web software once a week. As we’ve seen for several years now, FamilySearch makes a new release to their web software once every quarter. Incremental development allows an organization to get feedback about their software and make course corrections more often. I have a lot of respect for planners like Ron Tanner and Dan Lawyer and many other knowledgeable individuals working for FamilySearch. I believe it is only a matter of time before NFS evolves into something better.

The other reason I’m optimistic about the future of New FamilySearch has to do with its collaborative environment. Here’s my thinking:

So I have no doubt that New FamilySearch will incrementally become an ever more valuable tool for both the Church’s members and for the world’s genealogists. My only doubt lies in my ability to handle the frustrating void between what New FamilySearch is and what it will become.