Beginning with the 1940 census, the census bureau has formally evaluated the coverage of the census. Certain groups such as indigents, migrants, and minorities are difficult to count accurately.1

One of the largest reasons for under-enumeration is the difficulty in identifying and locating some housing units. While this can occur in either rural or urban environments, major cities have federal block grants at risk and have sued over suspected undercounts.2  In 1870, enumerators failed to record addresses in New York City. Oops. Addresses serve the same purpose for census officials as citations for genealogists. Without documentation, census officials could not refute allegations that households had been missed. Census superintendent Francis A. Walker ordered a recount. (Recounts were also made in Philadelphia and Indianapolis.3) These recounts are known as the 1870 Second Enumeration. The first enumeration occurred in June 1870 and the second about six months later.4

While Ancestry.com recognizes the difference between the two enumerations in its browse structure, FamilySearch does not: 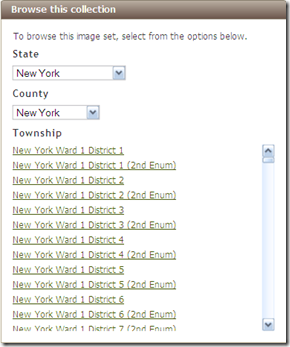 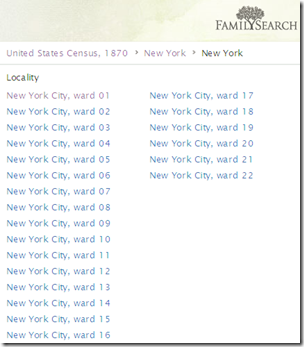 Curiously, upon first examination the two enumerations of New York City bear little resemblance. The explanation lies in the fact that between enumerations the election districts changed, making it difficult to compare the two. You may have guessed another difference; addresses were recorded the second time.4