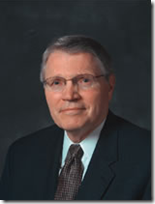 We need to think about family history more broadly than just ancestral research, said Elder Paul E. Koelliker. Elder Koelliker gave the keynote address Tuesday morning to open the BYU Conference on Family History and Genealogy. Elder Koelliker is an emeritus member of the Seventy of the Church of Jesus Christ of Latter-day Saints. He has previously served as an assistant executive director in the Church’s Family History Department, which I think made him a board member of FamilySearch International.

Note: Elder Koelliker addressed members of the Church. His remarks, and this article, express the doctrines of the Church and may not be of interest to those who are not members.

Love is the deep driving force in our relationship with others, said Elder Koelliker. He quoted from the Bible: “As I have loved you,…love one another.” Church president, Thomas S. Monson, said: “May we begin now, this very day, to express love to all of God’s children, whether they be our family members, our friends, mere acquaintances, or total strangers. As we arise each morning, let us determine to respond with love and kindness to whatever might come our way.” Our love for others should include both the living and the dead.

Think of family history in a forward direction. Think about the rising generations. We have been asked to learn the stories that will foster a feeling of love. It is important to write them down and share them with your children. Think beyond the charts and gather the stories for turning the hearts.

Recognize that counsel given by Church leaders will increase your temple experience. Elder Koelliker said he had a concern today. At RootsTech Elder Allan Packer put it in a positive manner, but Elder Koelliker was shocked. Said Elder Packer:

I am happy to report we are making progress. In the last year the number of members submitting names for temple ordinances is up 17% over last year. It has gone from 2.4 to 2.7 percent of the members. While normally a 17% improvement is thought of as impressive it also says that there are over 97% of members who are not regularly submitting names for temple ordinances.

In the kindest of ways, Elder Packer is inviting us to repent, said Elder Koelliker. What will it take to move a majority of the members of the Church to bring our names to the temple? At the heart of our desire to change is our love for our family.

Families are an essential organization on Earth and in heaven. In 1995, the First Presidency and Council of the Twelve Apostles of the Church of Jesus Christ of Latter-day Saints issued “The Family: A Proclamation to the World.” This proclamation defines the position of the Church regarding marriage and family. Elder Koelliker quoted former Church president, Gordon B. Hinckley:

God is the designer of the family. He intended that the greatest of happiness, the most satisfying aspects of life, the deepest joys should come in our associations together and our concerns one for another as fathers and mothers and children. (“What God Hath Joined Together,” Ensign, May 1991, 74.)

Elder Koelliker quoted from Chapter 1 of the Members Guide to Temple and Family History (which he recommended we study):

Temple and family history work unites families. Husbands and wives, parents and children can be sealed through sacred temple ordinances. The goal of this process is that “the whole chain of God’s family shall be welded together into one chain, and they shall all become the family of God and His Christ” (Joseph F. Smith, Millennial Star, Oct. 4, 1906, 629). 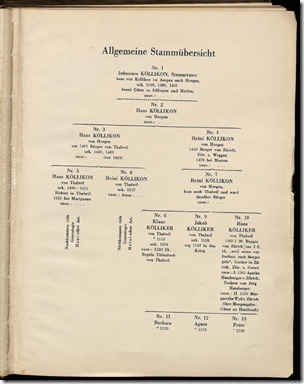 Elder Koelliker told a couple of stories about his extended family. One was a story of serendipity that I told here in my column back in February 2012. (See “Serendipitous Doppelgänger.”) He provided a little more detail than I related. The story began in 1973 in Salt Lake City. He received a phone call from a Paul Koelliker from Switzerland who said he would like to meet him. Elder Koelliker picked up his father and the three went to lunch. Paul of Switzerland gave him a list of names and some dates and then returned to Switzerland. The list went into a drawer, along with an intent to get back to it. In 1996 Elder Koelliker went to pick up his son from a mission. In Glarus, Switzerland they were disappointed that their hotel had lost their reservation. The hotel owner felt bad and helped them find another hotel. The owner of the second hotel said he knew another fellow in Glarus named Paul Koelliker. The next thing he knew, the owner was on the phone. The man on the other end asked if he was from Salt Lake City. It was the same Paul who had met Elder Koelliker years before. They agreed to meet the next morning. It just so happened that he was the director of archives for the canton of Glarus. He showed a book with the names of Elder Koelliker’s ancestors. However, Elder Koelliker was not allowed to photocopy them, so for the next seven hours he and members of his family wrote as fast as they could, capturing 350 names of his ancestors. He figured there were probably 1,800 more.

The sequel to this story of serendipity came in 2004. Elder Koelliker’s son (whose name I didn’t jot down) was on his way to Spain when he stopped in Glarus to visit the other Paul Koelliker. During the visit he learned that there were two copies of the Koelliker book. The younger Koelliker asked if he could have one of them, but Paul declined. The younger Koelliker’s wife went into negotiation mode. “You have two copies. My sons have no copies.” She was successful. That copy is now available in the Family History Library where many can benefit from its treasures.

Telling and retelling the stories of our families bears fruit in generation after generation. What written testimony and experiences have you written down for your posterity? Write down your stories under the inspiration of the Spirit and let the Holy Ghost teach generations to come.