It is as though our ancestors want to be found. Uncanny coincidences Olympian luck. Phenomenal fate. Tremendous intuition. Remarkable miracles. We call It, “Serendipity in Genealogy.”

The Other Paul Koelliker 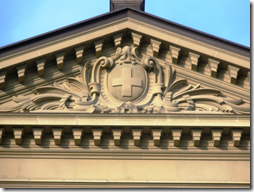 One day, Paul Koelliker of Salt Lake City, Utah had an interesting visitor: another Paul Koelliker. The other Koelliker thought they might be related and left a list of possible ancestors. However, Koelliker was never able to find any link.

Twenty-five years passed. Koelliker was travelling in Switzerland. At one hotel he found his reservation had been lost and the hotel had no vacancies. The kind hotel owner took the time to find them alternate accommodations. The hotel owner mentioned he knew another man in town by the name of Paul Koelliker and gave him a call.

As it turned out, it was the Paul Koelliker that had visited Salt Lake so many years before. The Swiss Paul Koelliker was the director of the local archives. The two got together and found a document containing their ancestors. Paul Koelliker learned of 350 families!

“Some might say this was a coincidence,” said Koelliker. He believes otherwise.