Getting the Most From Ancestry.com - #BYUFHGC 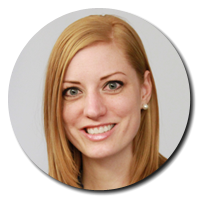 It’s said—usually jokingly—that genealogy conference organizers often schedule the most popular speakers and topics for the last session of the conference. It keeps people at the conference until the very, very end. Serious or not, it was certainly the case for the Ancestry.com session at the end of the BYU Conference on Family History and Genealogy. Attendees packed in to hear Michelle Ercanbrack address the topic, “Getting the Most From Ancestry.com.” Ercanbrack has been a family historian for Ancestry.com since 2010. She has helped with several celebrity connection projects, like Kate Middleton’s connection to Jane Austen, and the NBC TV show Who Do You Think You Are? She has a degree in family history and genealogy from BYU.

The conference would have benefitted from more sessions about Ancestry.com. Unlike FamilySearch, who had one or more employees presenting each class hour, Ercanbrack’s was one of only three presentations from Ancestry.com. (I wasn’t able to make it to the like-branded sessions, “Getting the Most From Family Tree Maker” and “Getting the Most from AncestryDNA.”) Ercanbrack started by asking how many attendees had recently acquired a subscription to Ancestry.com. A thick sea of hands grew out of the crowd, attesting to the demand for information. Had I known there would be no other sessions, I would have volunteered to teach a few. I love Ancestry.com. It’s where I keep “my tree.” More precisely, it is where my siblings and I keep “our tree.” It is a large and powerful website to try and introduce in one short hour.

I shouldn’t keep comparing the two—they are apples and oranges—but while FamilySearch recently announced publishing one billion record images, Ancestry.com’s recently retired Old Search catalog reported that they had just 600 million images. That means FamilySearch has (or had) a commanding lead in the number of published images. Okay, I’m done comparing the two.