Retirement of MyCanvas is Cancelled 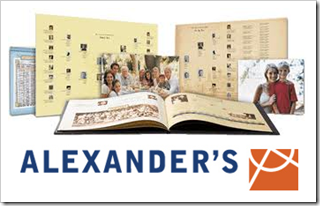 Ancestry.com’s MyCanvas website was scheduled to go away on 30 September 2014. Events have changed and that will no longer happen. The company that did the actual printing of MyCanvas books and charts is acquiring the service and website.

Let me take an aside and address a common point of misunderstanding with that announcement. Ancestry.com is retiring its Y-DNA and mitochondrial DNA tests. It is not retiring its current, popular offering: autosomal DNA testing. As an aside to my aside, that test is on sale for $79 until 27 August. For that price, I bought three! For more information, visit http://dna.ancestry.com. But I digress…

Eric Shoup, executive vice-president of products at Ancestry.com announced last week that Alexander’s, a printing and marketing company, would be the new owner of MyCanvas. I remember when Alexander’s was nothing more than a local photocopy shop. It’s headquartered not far from Ancestry.com. It has been quite successful and grown into a modest sized custom print house of 60 employees. This acquisition will give them a ready-made website extending their offering to individuals worldwide.

“It’s our hope that this agreement will not change the experience for MyCanvas customers. In fact, Alexander’s plans to make some exciting improvements we think you’ll love,” said Shoup. “The transition of MyCanvas will take about six months. But in the meantime, all MyCanvas projects will remain accessible on Ancestry.com until it moves over to Alexander’s next year. We will continue to communicate details as the transition moves forward.”

See the complete text of Shoup’s statement on the Ancestry.com blog.