We depend upon records to reveal the “truth” about our pasts. Yet sometimes records have anomalies. Some are amusing or humorous. Some are interesting or weird. Some are peculiar or suspicious. Some are infuriating, even downright laughable.

In 2000 the census showed that 12% of Chautauqua County, New York was Swedish. Fortunately, 93.0% of the county spoke English.1 The census enumerator wasn’t so lucky in 1870.2 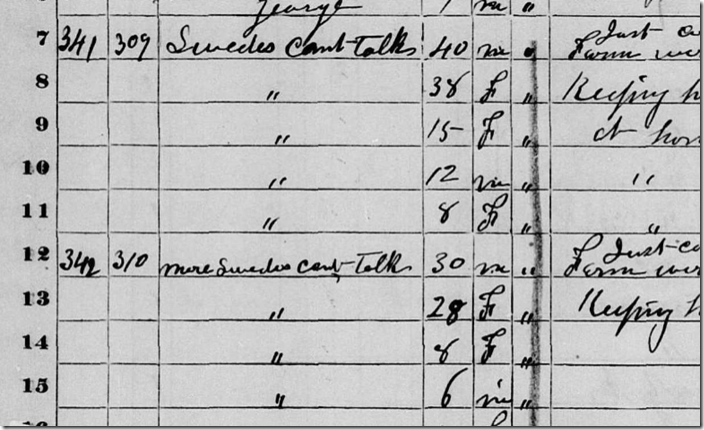 Obviously, the enumerator didn’t understand patronymics. The children of Swedes Can’t Talk should have had surname Swedeson and Swedesdotter. The neighbor’s children would have been Moreswedeson and Moreswedesdotter.